Time for an update on how it’s been going with the high protein, generally trade off carbs and fat. So, good protein all the time, but when higher fat, then low carb and when higher carb, low fat.

You can see the last post and pics here. 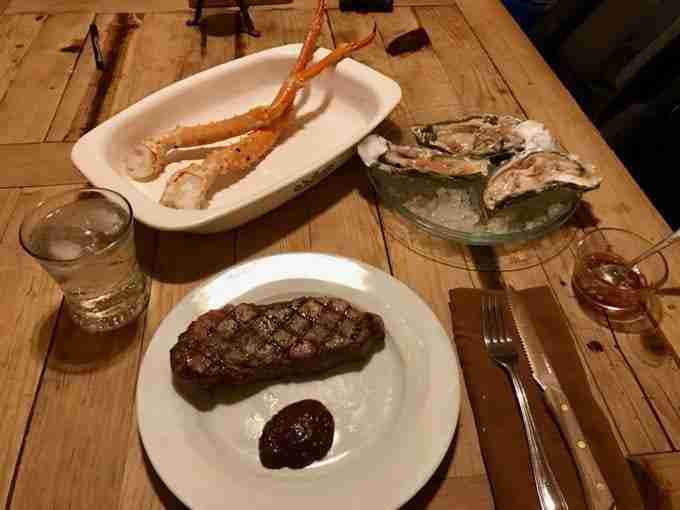 Low carb, obviously, but pretty modest fat, too. Only 1g of fat per ounce of New York cut (vs. 6g/oz in ribeye). King crab legs and three giant oysters with Mignonette. 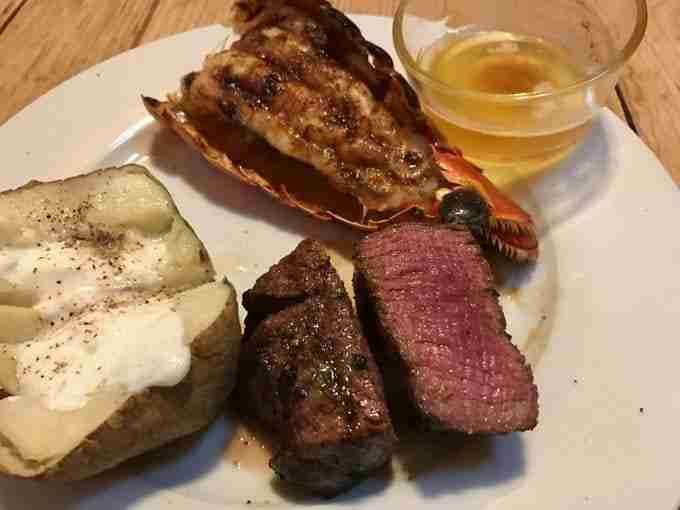 Classic filet and broiled lobster tai. Kinda half & half fat and carb, wth mitigation (this is not religion). That’s low fat yogurt on the tater. Of the drawn butter, I only used half of it. 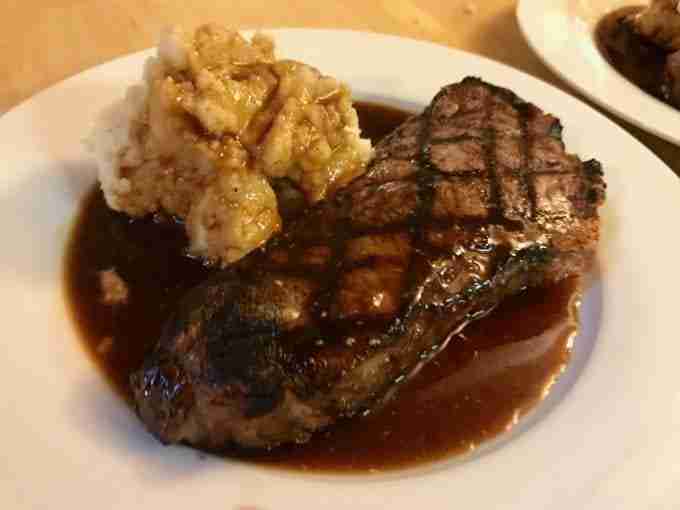 Ubiquitous grilled New York, mashed potatoes using only a splash of whole milk to mash up, and a quart of beef stock reduced to two servings, zero fat. 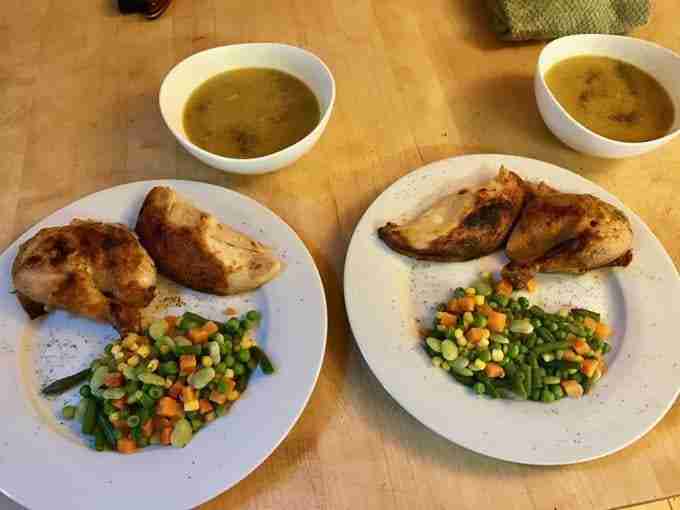 Roasted and then broiled chicken. The broil crisps the skin and leaves much of the fat on the cookie sheet. Frozen mixed veggies (so convenient), and home-made split pea soup via Instant Pot. 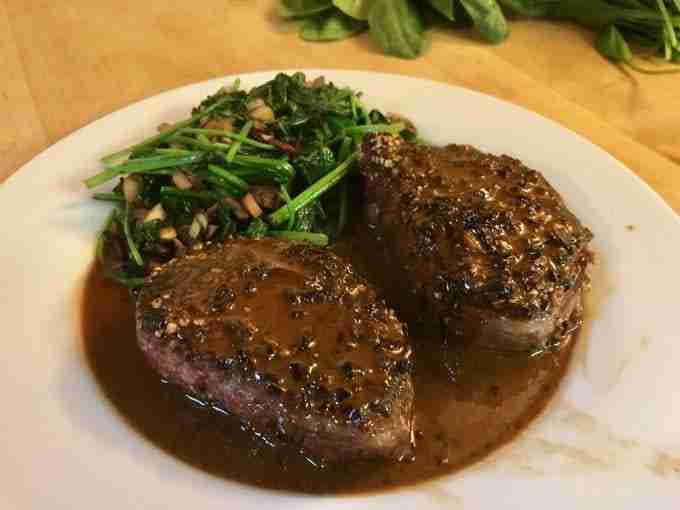 Steak au Poivre. Two filets totalling 2/3 pound on the nose. Sautéed mushroom and spinach in only 1 tsp of butter. 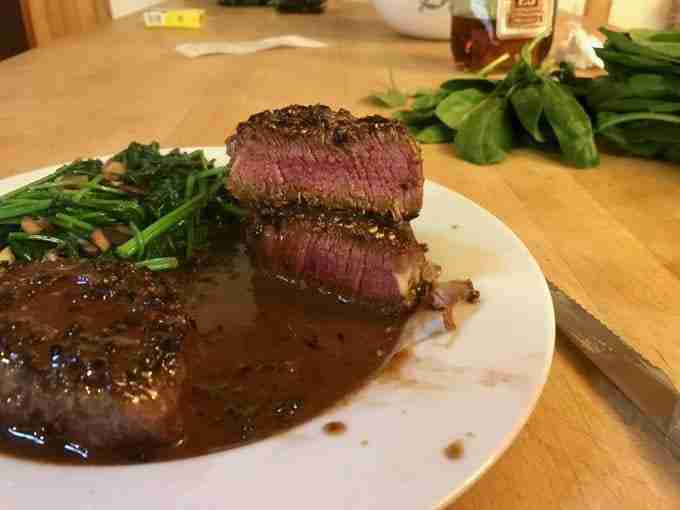 This last dish was helped quite a bit by how I use the Lose It! app, which is the subject of my next post. I sourced two recipes for Steak au Poivre (Alton Brown and Epicurious), but the sauce is like hyper-fat, like 2 Tablespoons butter and 4 ounces of heavy cream for just that one double-size portion (half of a recipe for four).

Two mitigate that I “dry sautéed” the chopped crimini mushrooms in just a pan-coating 1 tsp of butter, then flash sauté the spinach.

To mitigate the fat for the pepper “cream” sauce, I substituted whole milk for the cream. But, that’s going to require more reduction than for with the cream, for natural thickening, so, need more moisture, about an additional 1/4 cup, I figured. So, I reduces 2 cups of Kitchen Basics No Salt Beef Stock to 1/4 cup, achieving the deepest, most wonderful pepper sauce I’ve ever had.

So there you go. Next, how I’m now using the Lose It! app to meal plan my entire day before I even eat anything.