It was unexpected, out of the blue, quotidian, but not. 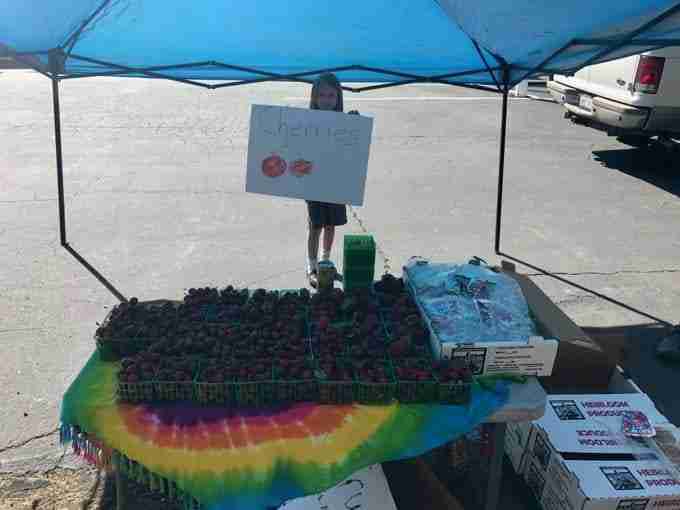 I saw them setting up earlier, dad and mom doing all the heavy work. After the setup, I approached.

Dad looks at the daughter.

“Do you want cherries?” she asks.

“Hmmm, how about three dollars?”

She looks at her dad, who looks away.

She’s reluctant, a typically indecisive female child, so I move the basket of cherries from the lineup to a visual differentiation.

She looks quizzically, at dad again, who smiles and looks away.

“What’s your pick; is it three dollars, or this one basket of cherries?” I ask.

We had a deal, and I tipped her $2 for tolerating my economics lesson. 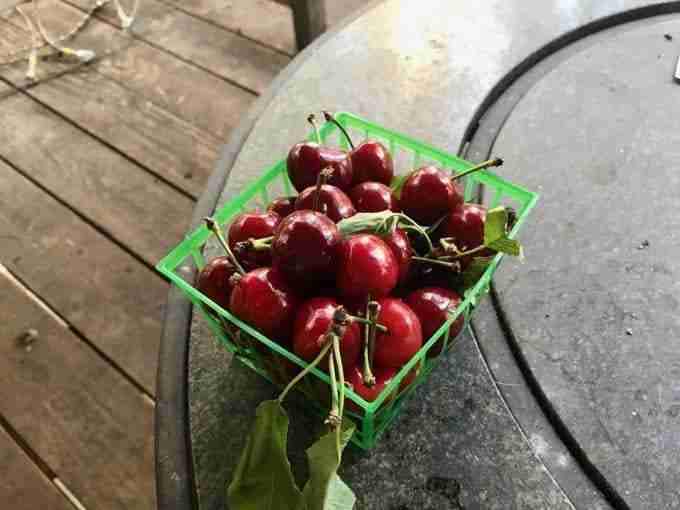 And that dropped me straight out of the ketogenic dispensation.