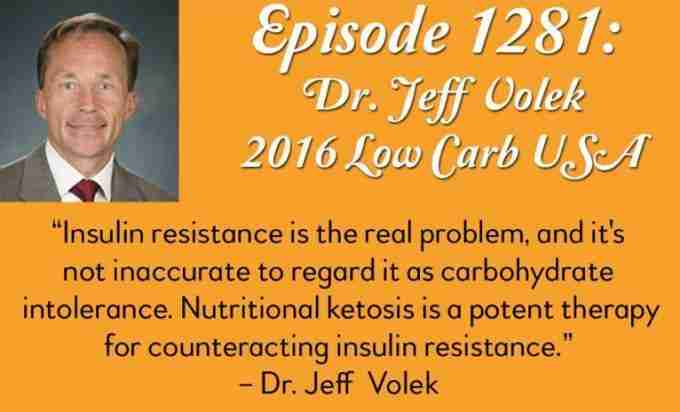 Let’s take it a step further: Jimmy Moore’s obesity is, in most part, a product of his robust metabolism and his stellar insulin sensitivity.

The image above and this quote below is from one of Jimmy’s Facebook posts from the other day.

“Insulin resistance is the real problem, and it’s not inaccurate to regard it as carbohydrate intolerance. Nutritional ketosis is a potent therapy for counteracting insulin resistance.” — Dr. Jeff Volek

If you get around much, there are abject dumbshits doing this every damn day, and for a preponderance of them, these logical fallacies make up the vast majority of everything they argue.

Let’s get back to Volek because I have a ridiculously simple question:

If insulin resistance is “the real problem,” then doesn’t it logically follow that insulin sensitivity is neither a real problem—or a problem at all—but is a rather good thing indeed?

More, Dr. Volek: can we all stipulate to the latter, even without accepting the former, at least as stated; i.e., “the real?”

So, then, why does jimmy moore get fatter and fatter (or, healthier and healthier, in his parlance)?

I assert that it’s because Jimmy has a very robust metabolism and is very insulin sensitive; and this, in spite of all the self-punishment in which he’s engaged over the decades. He can keep getting fatter and fatter—as he continues to eat chronically to energy abundance with his Low-Protein High-Fat (“LPHF”) Velveeta cheese sauces, sticks of butter, and fat bombs—because of his insulin sensitivity.

Insulin resistance happens when your body can’t store any more fat as your liver and pancreas get innundated with only a few grams too much of it—where NONE is called for—special cells get fucked, and type 2 diabetes ensues.

To put it another way, insulin resistance does not cause obesity, it’s the reverse: obesity causes insulin resistance. So what causes obesity? Chronic overeating is what causes obesity, but insulin sensitivity is what’s required to make obesity-level adipose tissue sequestering happen so phenomenally. Your body is doing what it’s supposed to do: store energy for later (that’s the evolutionary context). In the modern context, this unneeded fat storage can better be regarded as your body protecting itself as long as it can. Getting fat is a protective mechanism against you fucking with it hour by hour and day by day, over years and years—and often enough, over decades.

For, when you lose this protective mechanism of being able to get fatter and fatter—and over and over, as Jimmy does—and are then truly insulin resistant, the metabolic response, instead of being protective at fat sequestering, becomes unregulated: a runaway, elevated, blood glucose. Lean Type II diabetics are the unlucky ones—or lucky—who can’t get especially fat before becoming insulin resistant. And they remain lean throughout their condition.

Now, do you see why, to the mind of the militant Low-Carber and the Fauxtosis sort of Ketotard, it’s not just that calories don’t matter; it’s that calories can’t matter?

It’s in order to prop up the inherent cognitive dissonance that would ensue were one to acknowledge the energy balance equation and that calorie accounting represents a sort of tape measure toward tracking and estimating what one is doing. Because…if calories count and that’s the obvious reason people get fat, then it follows that it’s not a dysfunctional metabolism, carb intolerance, insulin resistance, hormonal imbalance, or not being “a fat burner”—or any of the other bullshit Hocus Pocus people resort to—but a damn fine metabolism doing exactly what it’s supposed to do when presented with chronic energy abundance in dietary intake.

To reiterate, you eventually have to pay the piper for your chronic face-stuffing and at some individual point, the ability to sequester excess energy to protect you falters and then you have unregulated elevated blood glucose; whereby, you enter the realm of clinical diagnoses: for diabetes.

Eating too much too often, fauxtosis styled “Keto,” and drinking 1,000 calorie fat bombs as midnight snacks are the ultimate upstream contributors to all of this.

I posted a proto version of the foregoing to my Ketotard Chronicles Group yesterday. Great comment thread. You really should go have a look at it. There are some references to other stuff too that you can have a look at. I like to keep it simple and basic around here.

Remember how this works. 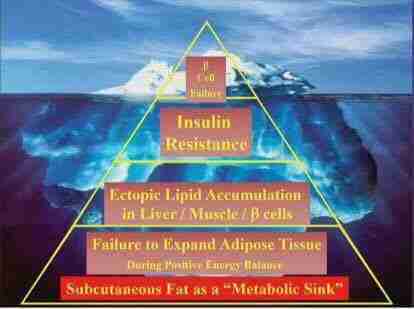 Adipose tissue gets tired. Liver, pancreas, and even lean muscle gets tired. Fat accumulates where it shouldn’t, especially in the pancreas (2-3 grams is all it takes), and dysfunction ensues.

Now, let’s briefly deal with the whole scam element to this whole fraud.

Many of you have read me expose the whole Fauxtosis style of Keto (I support adequate to high-protein Keto that includes a caloric deficit as the primary means of generating ketones from body fat) in a few previous posts. This Fauxtosis involves adopting The Epileptic Diet of hyper-high-fat, hyper-low-carb, and low-protein…then renaming it “Nutritional ketosis.” Then, the object is to fool you into buying ketone meters, ketone meter test strips, breath ketone measuring devices, urine ketone test strips, and $40 buckets of ketone powder to drink.

The diet of >75% fat and exogenous ketone drinks guarantees you’ll measure ketones with all the crap they sold you, even though they’re ketones coming principally from dietary fat, and ketones you just drink.

The way this fraud works in the realm of militant low-carb diets, where obesity is some function of one or more Hocus Pocus thing, mentioned above, that signifies some measure of metabolic dysfunction, such that your fat ass isn’t a function from forever stuffing your fat face with too much food, too often; it’s because you’re a hapless victim with a broken metabolism and wow do you need management. Of course, it’s managed by a glucose meter, perpetual orders of glucose testing strips, and an endless array of Low-Carb-Products with coupon codes, to make sure the affiliate gets his cut.

But, switching over to the low-carb scam and fraud, how do you make the glucose meter confirm the problem for those asking you to buy stuff with coupon codes? It’s called physiological insulin resistance and depending who you are as an individual, at some level of chronic carbohydrate restriction you’ll develop an acute condition where you become insulin resistant so that your body preserves glucose for the absolute requirement of your brain, so you don’t go into a coma and/or die—mundane trivialities like that.

Some people have it very mild, some ferociously, to such an extent that fasting BG will be 115-125 every day, and if they do go off plan and have any significant amount of carbohydrate or sugar treats like a piece of birthday cake, BG’s up to 200+, and it’s is not uncommon (I’ve been there), so they self-diagnose as insulin resistant and pre-diabetic (if not full blown).

Then, the only viable thing to do is:

That should about do it. Now, finally, you can enjoy life with all zeal and zest you can muster, to the fullest extent that your hubris and projection have afforded you.