What Ketotard Chronicles Is, and Is Not

Read where this shit comes from, here.

I guess it’s time for me to spell out some shit.

First of all, my motivation for starting this group was—rather than be some advocate for a particular way of doing diets that produce ketones as by-products of resultant fat loss—I wanted to shine a spotlight on the general retardedness, purveying of dietary magic, and the shysters who make money off it. And name names.

On the other side, I want to offer sane and sensible alternatives in the realm of ketogenic dieting (all truly successful diets are both high fat and ketogenic if you do them right). But the rub in this second part is that because of where I come from in the dietary blogging spectrum, people seem to think I’m a certain way. Well, I am, personally, at least omnivorous generally, but it’s not how I run Ketotard Chronicles. 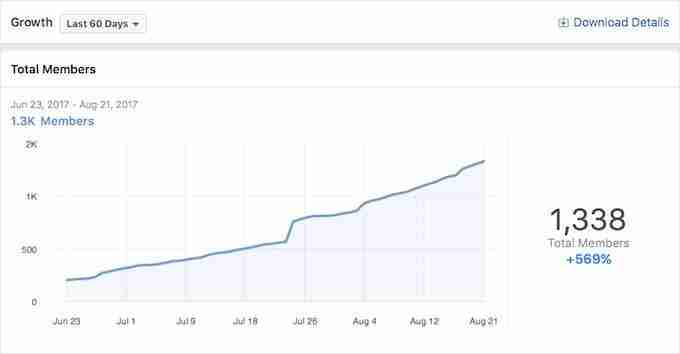 That big uptick towards the end of July and early August will go down as the biggest blunder in the history of this group. It’s when Jimmy Moore decided to have his fans try to get the group banned. He got hoist with his own petard.

…Something weird happened over the last couple of days. Beatrice and I were away for some errands and a post submission came up and I had Bea approve it. Someone had the audacity to post this picture of a cake made of fruit, along with an explanation of how she’d posted it in some sugar addiction group as an alternative to the Sugary Usual Suspects. 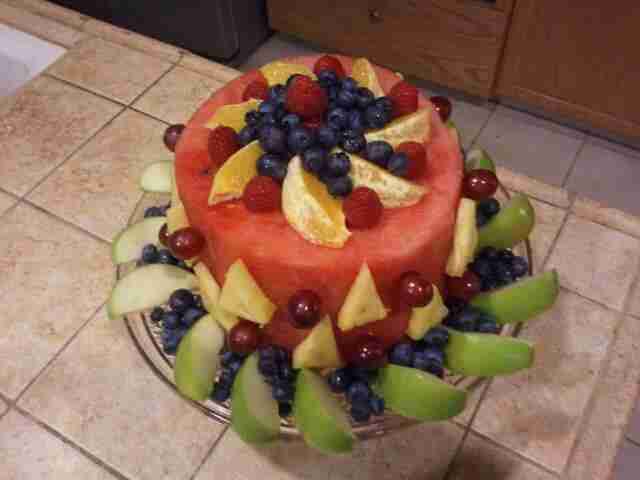 She got banned over there and excoriated in my group, and I think the why of the latter is because I’m currently under yet another Facebook suspension and can’t post anything towards guiding the conversation.

By the time we got home an hour later, there were already 100 comments on her post and then, within another hour, there were 100 more. A hot topic; and I was trying to keep abreast and having designs for a blog post when she deleted the whole thing. I’ll say that I don’t like members doing that. I select less than half of the posts submitted to the group in order to try to keep signal high and noise low. If you exercise your right to blow up a post because comments have not gone your way, understand I also have the right to not publish your posts. ‘Nuff said.

But this was so weird. I’m not going to call out names but there was this strange Dunning-Kruger undercurrent, somehow knowing that somehow, this is a Low-Carb promoting site for Diabetics and fruit is just off topic, meng!

But it’s not. In fact, I so support what the original poster was up to that I contacted her and asked her to repost it. And she gets excoriated again, and on meaningless distinctions like you already posted this. It’s a shameful dogpile—over fucking FRUIT! This does not sit well with me in the slightest.

What Ketotard Chronicles Is

What Ketotard Chronicles Is Not

…On that last point, larceny, one of my bigs is the abject looting by the LC community over the term ketosis when rightfully, it’s a term that applies to various levels of starvation and the adaptations we’ve wonderfully evolved to survive it, in its spite. LC has done much damage over decades co-opting the term and in many respects, tarnishing and obfuscating it.

ketosis is primarily achieved by a chronic, consistent daily caloric deficit (>500), no matter what the fuck you’re eating. Are some ways better than others? Certainly, but it’s all over the map and the problem with dietary cheer leading is that it becomes a big homecoming game with girls in short skirts and pom poms and then everyone loses their minds. I will be equally happy with someone doing raw vegan for a limited period in order to get their results as I will be with a zero carber getting theirs. The results are driven by caloric restriction and adequate protein. Final. End of story; and I don’t care from what fucking realm you emanate, but if you don’t have those fundamentals in place you’re a fucking retard and it’s not going to go well for you in my group unless you keep your retard-mouth shut.

Once the RESULTS are achieved and the ketones you’ve measured testify to the fact that you oxidized fat over time, then what? Well, then you have to eat at average maintenance, right? Of course.

Are you going to be in ketosis?

Fuck no, you are not: not chronically. You’ll have to content yourself with intermittent fasting bouts or periodic potato hacks to revisit ketosis. Don’t be a fucking ketotard. ketosis is not Mr. Coffee, where you get the machine for cheap but then buy filters over a lifetime.

If you are eating to caloric balance on average and insist on being in ketosis, then you are not in ketosis. You are then adopting Fauxtosis and you’re being fucking stupid.