Alright, so per the How-To, on Monday I initiated a bank transfer of $200 to Coinbase via ACH, which is free.
An ideal man is utterly powerless against an ideal woman.
It's really ridiculous that you have a multi-million-dollar contract and you're going to compromise and tarnish the brand value of your employer.
Yes, you guessed it. My presentation is on Money and Crypto. Should be a blast and eventually, it'll be on YouTube and such.
I have not yet read Mark's book, but this interview demonstrates to me that he truly has Keto Clarity surrounding all of this.
I've endeavored to make this something the old hands don't scoff at, the newbies and nobies aren't overwhelmed by, and has the fewest errors possible. 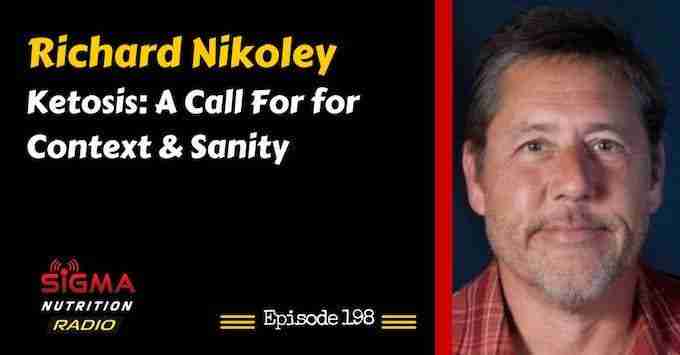 Danny Lennon has a really great podcast—solid, science, no bullshit—and that’s why I was eager to get on and get this message out. Given all the nonsense out there about Keto, eat more fat, eat less protein, calories don’t count, and all manner of other ketotarded and fucktarded bullshit, there’s no better place than Danny’s deal.

Bullshit and hype just doesn’t fly or float on that podcast.

So, head over to Sigma Nutrition Radio, check out this podcast, subscribe, and become a regular listener.

And, I have trolled Zuckerberg.
But people say, "Bitcoin has no intrinsic value." They complain that it's not tangible. They ask, "how do you value it?"
Looking at the price activity of BTC today, I saw a buy opportunity on the dip and bought...
Don't ignore the hype, but rather, use it to give you clues in doing your own research and due diligence
It's the difference between the drive to make more [valueless] money vs. the drive to create greater tangible values to trade for a sound store of value.

Can you guess why? The chart should be a clue. It was just a few months prior when it actually did something I found notable. It began attracting more and more interest, rising in price as more and more dollars began chasing fewer and fewer Bitcoin. Ah, there’s a market, now. There’s bid, ask, and the spread. Well, of course, there always was these things, but now it looked real and active. The price got bid up until the point where holders became sellers.

I began reading white papers on “digital cash” back in the early 1990s. Back then, it was all theory. I understood it conceptually, especially its features—foremost of which was its decentralized nature. It’s not “run” by anyone, especially not a central bank or any governmental body. All the king’s horses and all the king’s men have no more control or influence over cryptocurrency than any individual anywhere…which is exactly none. The only thing that has any influence is its market and the individual actions of the traders participating in the market. Buy, sell, or trade.

All the State could really do is outlaw its use, which of course always works so well… It can no more eradicate cryptocurrency than it could eradicate marijuana, poppy, or coca plants.

In its most basic nature, a cryptocurrency is an open, public ledger that can’t be hacked, controlled, forged, or changed in any way. Once a block is written (every 10 minutes in Bitcoin) it’s a permanent record forever and the chain of blocks (“blockchain”) ensures each individual block’s absolute integrity since they’re all “wired” together and each individual block since day 1 is integral to the entire chain up to and including the last block written within the last 10-minutes, 24/7/365.

…I just held onto my Bitcoin, no intention to do anything with it. I never checked the price and had only the barest awareness that it was trading below my purchase price for most of the next two years. $500 appears to have been a big psychological barrier. It just didn’t want to stay above it for very long. Perhaps it was all the people who got in on Bitcoin for pennies or less. One guy bought 5,000 coins in 2009 for $27 (about a half cent each). That was worth $5 million when Bitcoin broke $1,000 for the first time in late 2013.

That was probably a critical price point for a whole lot of folk who got in early, then literally sitting on hundreds of thousands and millions for something many just did on a lark, out of curiosity, or even on a dare. At the time, Bitcoin was almost the only game in town and the upstarts weren’t going anywhere because Bitcoin itself was still unproven. For all anyone knew, once those early adopters began selling their coin for thousands and millions, it would return to its lowly state and that would be the end of it. So, I suspect that part of the reason for the lackluster market for three years was lots and lots of people wanting to take their miraculous, lottery-like profits.

One additional data point to check is trading volume.

The vertical bars are trading volume

Yep, the highest trading volume for Bitcoin ever was right after it broke $1,000 for the first time. You can safely bet that a great deal of it was plain old rational, mega-profit taking.

A few days back, Bitcoin hit $5,000 for the first time, representing an 830% gain from my own original purchase price only 3 1/2 years ago. OK, so now I’m a believer. And I’ve put that belief into action by learning everything I can about the cryptocurrency markets, with a leg up. I used to be an options trader: some stocks and futures, but mostly short-term options on derivative instruments like the SPX.

It’s been a whirlwind of discovery. First, you have to find sources of information who aren’t morons. Check. Some of the guys I’m following have been in the investment research and trading game for decades and I’ve been aware of them since the early 90s. Second, you have to find the right tools. Check. This is one of the most daunting things for someone just jumping into crypto. It’s not like just opening an account with Fidelity or TD Ameritrade and point, click, confirm. There’s a number of moving parts. Third, you have to stay rational. Check.

There are now something like 830 cryptocurrencies. The vast majority are crap. Some are outright scams (you need to make sure the source code has been examined by responsible parties). Some, like Etherium and Litecoin, have pretty much proven themselves. There are a few others trading for pennies or a few dollars that meet certain criteria for making a grub stake in them, like $20, $50, maybe $100…basically the cost of a dinner out.

Over the last several days I’ve taken micro stakes in seven additional cryptocurrencies besides Bitcoin. The volatility is crazy. My portfolio is up 21.2%. No, not since the beginning of the year. No, not since the beginning of the quarter. Nope, not even since last week or even since I entered the positions over the last few days. No, none of those: since this morning. Sure, there’s going to be days where the exact opposite holds true, but we’re going to be looking for the big breakouts.

Stay tuned for my next post in a few days about my offer to show everyone how to do this and to do it rationally, patiently, and for very little money. Anyone and everyone has the financial wherewithal to participate and to do so only risking the equivalent of pocket change.

Update 2: Cryptocurrency and the Nature of Modern Money

I cringed all week long as people everywhere were just delightfully sharing the good news! You can boil all the breathless headlines down to...