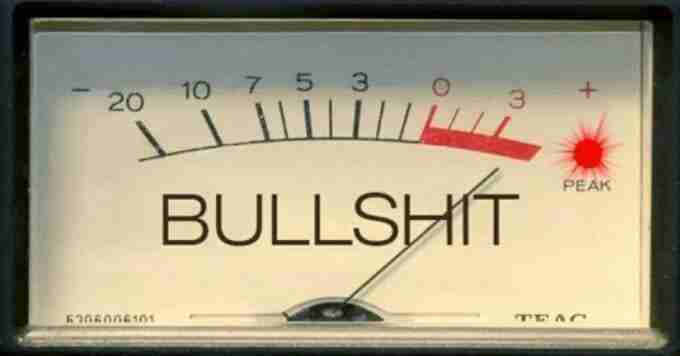 I tried to ignore this.

The Prospective Urban Rural Epidemiology (PURE) study. I cringed all week long as people everywhere were just delightfully sharing the good news! You can boil all the breathless headlines down to:

Carbohydrates Will Kill You!!!

Saturated Fat Will Save Your Life!!!

We’ve Got It All Wrong Again!!!

But We’re Right This Time!!!

Only, that’s not really what the study actually said… But it doesn’t matter; it’s just stupid from the get-go and what frustrates me is that the exact same people who would be crawling out of woodwork to laugh themselves silly—had the “news” folk decided to highlight other “findings” in the study (e.g., starches and legumes and raw vegetables = good)—are getting all giddy about this enormous waste of time, money, and mind space.

Are you shitting me…places where they routinely spend 60-70% of their income on food (compared with about 10% in the 1st World)?

And did you know that in this study of participants from age 35-70 looking epidemiologically at the relationships between macronutrients and cardiovascular events, in particular, they excluded 7,365 (5%) due to a “history of cardiovascular disease?“ (source)

How does that make any sense at all? 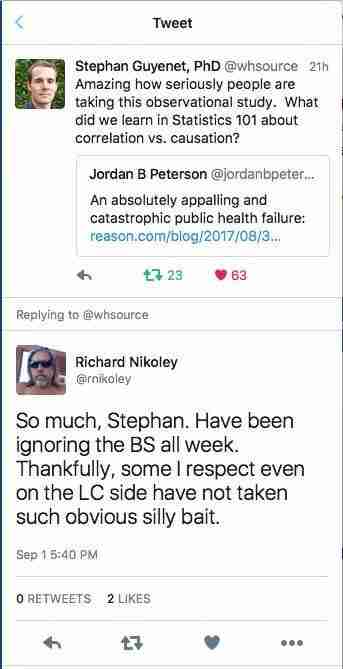 Well, I’ve seen a lot of breathlessness, but let me pick on just one: Nina Teicholz. The Facebook posts begin here.

Now, here’s the doozie of all doozies:

These are associations ONLY, yet important info. where they contradict official guidelines (eg. sat fat)

Shorter Teicholz: It’s bullshit, but it’s nice bullshit so I like it.

Hell, even the stopped-clock axiom comes into play when Dr. Joel Kahn, a plant pusher, has some fun with Teicholz.

Ms. Teicholz analyzed the claims made in that movie, a film that is motivating thousands if not millions of people to eat more fruits and vegetables and less dairy and meats. She introduced her analysis with comments on the science presented in the movie. Those comments would appear to pertain to the PURE study as well as PURE data was based on a single food frequency questionnaire obtained to describe the diet of individuals over more than 7 years. In a matter of tit for tat, her criticisms about the type of science presented in What the Health were:

2. The impossibility of fully adjusting for confounding variables.

3. Epidemiologists cross-calculating hundreds of food and lifestyle variables against death rates from different ailments, resulting in a huge number of associations. Just as a matter of probability, some of the positive results will be spurious.

4. Scientists in most fields (except nutrition) agree that small associations — with “risk ratios” of less than 2 — are not reliable.

These 4 points she made were offered to invalidate the health claims of What the Health. They seem equally appropriate for an interpretation of the PURE study wherein all of the risk ratios in Table 2 of the paper on macronutrients and outcomes were <2.

Well, what can you say, Nina? You’re kinda caught here being duplicitous, aren’t you, and ought that not cast skepticism and doubt on everything you put out? After all, one thing a reputation for honesty and integrity buys you in this sphere is that people will enjoy gaining trust in you because it saves them time in fact and reference checking—not to mention checking you on fairness and consistency in your arguments…that your confirmation bias is at least checked by a healthy amount.

So, you just took a crap on all that trust.

I’ve seen one good news piece on this whole thing, so far, in The Atlantic: New Nutrition Study Changes Nothing …Why the science of healthy eating appears confusing—but isn’t, James Hamblin

Neophilia is a problem for science, though. And especially the sort of science pertaining to nutrition. Demand for newness leads writers and publishers to focus on narratives that upend conventional wisdom. If new research doesn’t change or challenge the way readers think about the world, why is it a story worth publishing? Eggs are in, and now they’re gone. Butter? It’s back. Every six weeks, The New York Times is legally obligated to tell us either that breakfast isn’t important or that skipping it causes death.

The effect of all this, day after day, year after year, is a perception that all kinds of contradictory evidence is coming up every day—and that each bit is roughly equally valid.

The practically important findings were that the healthiest people in the world had diets that are full of fruits, beans, seeds, vegetables, and whole grains, and low in refined carbohydrates and sugar.

As a writer and a reader, though, this is very boring. If I pitched that to my editor, he would laugh at me. What is new here? Why is this interesting? You know what would be novel? You getting fired! Now get out there and find me a story, dammit!

Yeah, you know, it’s pretty simple: Meat, fish, fowl, fruits, vegetables, tubers, legumes, nuts, seeds, whole grains…minimally processed…prepare yourself most of the time…eschew lots of added or cooking fats…eschew processed foods…and don’t eat too much, too often. Move your ass every day. Pick up some heavy things and move those too, every day. Take walks and hikes that include ascent and descent. Get regular sunshine on unprotected skin. Sleep well. Develop loving and mutually respectful relationships. Engage in meaningful work.

And one more thing, for fuck’s sake, already: Stop pretending that The Blue Zones don’t exist. It’s not perfect, but you could do a lot worse than simply picking a few micro-cultures you like where people tend to live long in good health, observe what they eat and do, and model some of it for yourself and yours and stop being so fucking stupid with your utterly ridiculous and insane hyper-restrictive diets—and that goes for everyone…from vegan hyper-restrictive morons to zero-carb hyper-restrictive morons and all the assholes in-between.