Well I never thought I’d be recommending a Jimmy Moore, Livin’ La Vida Low-Carb podcast again—even though I’ve been a guest three times and a host once.

I just can’t take it…until I can, I guess, and this is one of those times because, you see, Mark Sisson is uniquely suited and positioned to be the one to very diplomatically shine a light on Jimmy’s endless stream of bullshit and excuses—like his latest one…mold made him fat. Well, Jimmy, it’s advisable to not eat too much mold too often. It’s got calories. “Carbage,” probably, too.

In this hour-long episode, Mark goes to great lengths to explain what a short-term Keto Reset is and why it might be beneficial as a sort of jump start. I’ve not yet read Mark’s book, but this interview demonstrates to me that he truly has Keto Clarity surrounding all of this and I’ll be sure to snag my copy when it’s published soon.

If you’re pressed for time, then at least listen to the last 20-30 minutes, which is the portion where Mark takes Jimmy to task in a manner of gentleness I don’t believe Jimmy deserves but what can you do? Mark is the guest and Jimmy specializes in a sycophantic following that rallies behind him in a demonstration of faux outrage and girly sympathy any time the obvious gets pointed out and Jimmy whines about being bullied and emotionally hurt.

Will it do any good for Jimmy? Of course not. Here, read for yourself, Jimmy introducing the show on his Facebook Page. Not to give too many spoilers but let’s just say that in those final 25-minutes—to Jimmy’s astonishment—Mark drives home the absolute requirement for an energy-intake deficit (count calories, eat fewer of them), amongst many other nuggets. So, does Jimmy whisper even a hint of that, anywhere? No, of course not—probably because oodles of his sycophantic, gluttonous, fat-gobbling fans would just dismiss it without even listening…and then they wouldn’t hear all of the ads for low-carb and keto junk food, scooping up the coupon codes so Jimmy gets paid. What do we see, instead?

Listen in today and Jimmy talks to Mark about what separates his new book from other keto guides, how you can eat to satiety without stressing about calories…

Yep, the same message as always, completely ignoring Mark’s absolute admonishment that “it’s the only way this works.” But in Jimmy’s La-La Land, there’s this magic thing where you can always “eat to satiety” (stuff your face) “without stressing about calories” (you stress about everything but calories, including getting fatter…but at least you don’t have to stress about how much you overstuff your face, or how often).

Marty Kendall in his Facebook Group Optimizing Nutrition gives a good point-summary of the last 20 minutes of the interview.

Mark’s tirade in the last 20 mins is gold! Key points:

So, how much does that sound like “…how you can eat to satiety without stressing about calories?”

So, just more of the same noise, so that a valid signal always get’s drowned out.

A couple of additional points I’d make to add to Marty’s list. At the point in the interview where Mark begins interviewing Jimmy himself, the hemming and hawing become palpable “…too many carbs…insulin resistance…cortisol…too much protein…ha ha ha…” and on and on. Just substitute “eats too much too often,” and that will cover the whole deal. Plus, as I have pointed out, the only way Jimmy can pile on so much fat while showing such steady and in-range glucose (now 24/7 constant monitoring every 5 minutes) is if he’s insulin-sensitive.

Mark asks Jimmy how many calories he thinks he consumes. Ready for a knee-slapping laugh? “About 2,500.” Well, wait just a second; how could he know? In Jimmy’s La-La Land, you count carbs to be sure you don’t eat too many grams; you count protein to be sure you don’t eat too much and make glucose; and you count ketones to be sure you’re eating enough fat, have purchased enough exogenous ketone drinks, keto snacks, and consumable test strips with coupon codes, so that Jimmy’s ad and affiliate revenue can be meticulously counted. Everything get’s counted, except fat grams and kilojoules.

…So what you do not do, what you never do, is count calories, because those numbers could shock you, especially given that the mainstay of the diet is fat and is more than twice as energy dense by gram than either carbohydrate or protein.

…So, let’s see. Jimmy is 6′ 3″ I believe, and let’s say about 300 pounds currently. According to Kevin Hall’s Body Weight Planner, Jimmy is not being forthright. 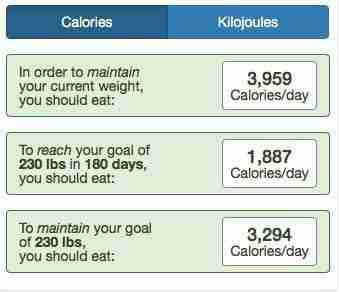 I used “light” for work activity and “moderate” for leisure. So, “about 2,500” calories my ass. He’s off by about 1,500 calories, or, two unaccounted for sticks of butter.

But Mark didn’t dispute his obvious lie; he just said, “well, okay, what if you went down to 1,800 calories?” Looks like Mark Sisson and Kevin Hall would be on the same page as concerns jimmy moore.

…I’d like to say well, we’ll see, but I think all we’ll see is just Moore of jimmy moore, just like we always do.

A final thought is that in the way Mark expressed his approach, there’s a sense that this Keto Reset might be called a Robert C. Atkins Reset equally well. Or, back to sane low-carb dieting that Jimmy had proven success with. Why? Because Mark’s reset is a lot like Atkins induction (as I understand it), except it’s in a whole-food, primal context; so upgraded, modernized, and undoubtedly better for overall health than unlimited soy-oil mayonnaise and lunchmeat.

You don’t chase ketones, you chase results. If you’re getting results, you’ll show some ketones but they should diminish over time, because you become adapted to your tissues burning free fatty acids directly, leaving the low levels of ketones for the brain, which cannot burn fat. Moreover, that better metabolic conditioning also likely leaves more glucose for the brain as well. So, it can be a one-two-punch if you’re so inclined. I’m not, personally. I don’t care to typically be in glucose starvation mode. Potatoes are wonderful for me. But, if it’s your deal, at least do it right.

By chasing ketones after this fat adaptation, induction, reset, or whatever you want to call it, you’re shooting yourself in the foot. Why? Because ketones are ant-ketogenic! It’s called negative feedback. Increasing ketone levels shut down body-fat burning because there’s no need for more ketones. Also, in this state of glucose deprivation in a sea of high ketone levels and diminished body-fat enlistment, you’re likely to start catabolizing lean mass to make needed glucose, according to Mark.

Here’s the link to the podcast.

Finally, hey, if you didn’t catch my own interview on Ketosanity vs. Ketotardedness, it was out just a couple of days ago on the Sigma Nutrition Radio Podcast by Danny Lennon.