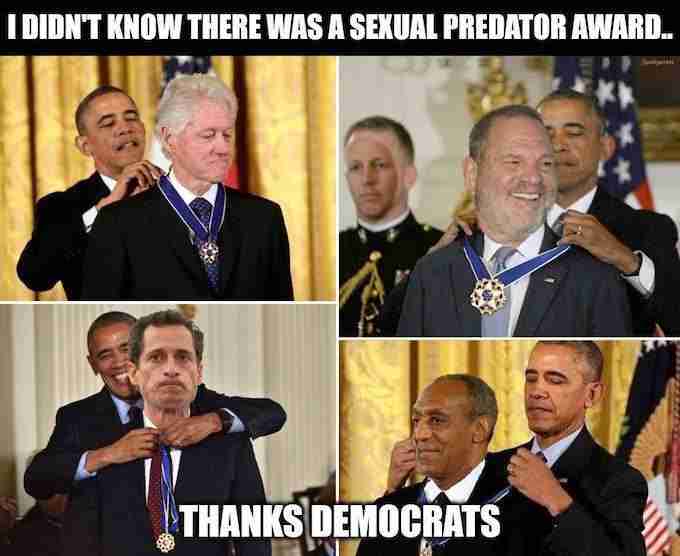 Everyone should know and understand that.

This latest fad, #MeToo, is intended as a broad-stroke, general indictment of men, masculinity, and the male gender per se.

It alleviates the burden of an alleged victim actually naming an assailant and outlining specific allegations against him so that others can judge whether the charges contain any merit whatsoever, which usually they won’t, which is the what for of the #MeToo thing in the first place. It’s self-referrential and circular.

Moreover, by glomming on with your “MeToo” Victim Olympics skit, you dilute the meaning and seriousness of the offense, fraudulently gaining status at the expense of true victims, because everyone eventually fatigues in Chicken Little fashion, and that’s a shame.

Then, once the feminist MeToo Victim Olympics has come to full fruition—where all males are rapists and all females their victims—then what becomes of true sexual predators and their real victims…male, female, and children?

Lost in the noise of fraudulent entitlement, that’s what happens. Privileged victimhood is Status, now.

What’s really behind most of the #MeToo thing: 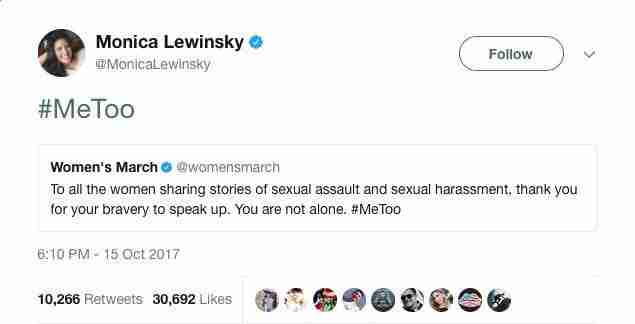 But wait a second. According to the left, democrats, and feminists at the time, it was Bill Clinton who was the victim of that “opportunistic little tramp,” wasn’t he?

Speaking of “tramps,” looks like Courtney Love was on the ball back in 2005—12 years ago—and caught hell from the Hollywood establishment for publicly saying what everyone already knew about that creep, Harvey Weinstein.

What a bunch of amoral douchebag hypocrites populate and run that sewer in Hollywood.