Mr. Teeka Tiwari is a Co-Editor at Palm Beach Research Group LLC. He is responsible for The Palm Beach Letter. Earlier, Mr. Tiwari was an Editor for Jump Point Trader and Mega Trends Investing at the firm. Previously, he was a hedge fund manager and launched a hedge fund. Prior to this, Mr. Tiwari was a Vice President, youngest in history, at Shearson Lehman. At the age of 18, he was the youngest employee at Lehman Brothers. Mr. Tiwari has been a regular contributor to the FOX Business Network and has appeared on FOX News Channel, CNBC, ABC’s Nightline, The Daily Show with Jon Stewart, and international television networks.

I subscribe to his modestly priced Palm Beach Letter. There’s lots of good info but, of course, half of it is the continual upsell pitch to get you to pop for his Palm Beach Confidential, for $3,000 per year. The webcast the other night was quite good. About 90 minutes, with the first hour being a lot of really good crypto info, both general and specific—especially if you listen between the lines. I took copious notes for my Patrons and posted that on Patreon yesterday. The last half hour was the pitch, a deal where for $2,500, you get a two-year subscription and a basket of freebees.

One of the things he gave away was a pick of a certain coin and payment platform that banks happen to be interested in. From my notes:

It’s a crypto disrupting one of the biggest markets in the world – banking. Most banks are still using old, antiquated technology to transfer money. Takes them about three to five days to clear a typical transaction. However, with this crypto, it takes five to 10 seconds. In other words, this crypto is 25,920 times faster! It’s 42% cheaper than what banks currently pay… and experts project that those cost savings will climb to 62% over time. 75 of the world’s biggest banks have partnered with it. That includes UBS – one of the world’s largest banks… as well as Bank of America, Barclay’s, and Santander.

That one, he names. The other one, he doesn’t. Rather, it’s a hook for new subscribers to grab his deal.

It’s only been around for a few months and has a market cap under $50 million. It’s a privacy coin that was created by a dream team of ex-military experts in intelligence, cryptography, and cybersecurity. It’s more private than any other crypto I’ve come across. This crypto is virtually unknown. But I recently discovered that very soon, this crypto is expected to announce a major initiative… One that I believe will make it the most secure cryptocurrency in the world… and will very likely send a flood of money into this coin.

Well, within a few hours of posting the clues he gave out, one of my Patreon subscribers had a guess of one of a couple, and two other subscribers came up with definitive proof of exactly what it was, via a leaked memo to his Palm Beach Confidential subscribers dated October 19, 2017—the same day that kicked off a 500% gain over just a few days, on heavy trading volume. It’s definitive. There’s zero doubt. Even more, I show that after that pump and dump from October 19 was done and it was trading about halfway through that 500%-gain range, it got pumped again all day yesterday, the day after the briefing, and is now being dumped by the savvy. I’ve already suggested a couple of ways to potentially get it for less, using limit orders; and if you don’t know what that is, there’s an app for that.

So, Teeka definitely has the power to pump some of these small-cap cryptos (this one has a market cap of about $50 million). But he also has an impressive record. The header image is two of the charts shown during the briefing.

The second image compares the gains on a $500 investment in each of the top four performers in the same six month period (Jan – Jun) in the S&P, with Teeka’s four cryptocurrency picks. 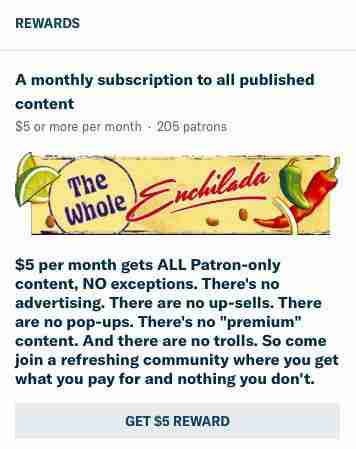 There’s a growing collection of resources and, note that Patrons themselves are contributors as well which adds tremendously to the overall value.