What Is A Cryptocurrency “Wallet” Really?
Show Business Shenanigans

I’d done some housekeeping on Richard Nikoley’s Ketotard Chronicles group Thursday night, noticing that Ketotards had begun posting their nonsense in comments there.

How many fucking times am I going to have to point this out?

When does the abject ketotardedness stop? 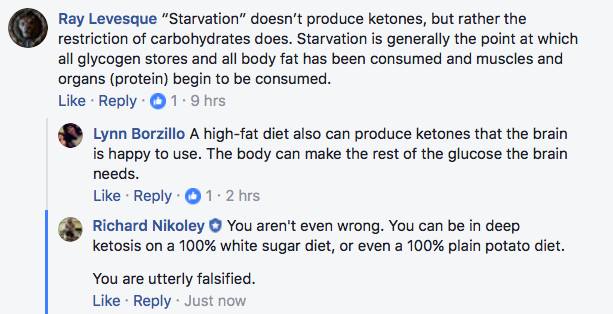 Jesus… See, you can tell how she thinks ketotarded. 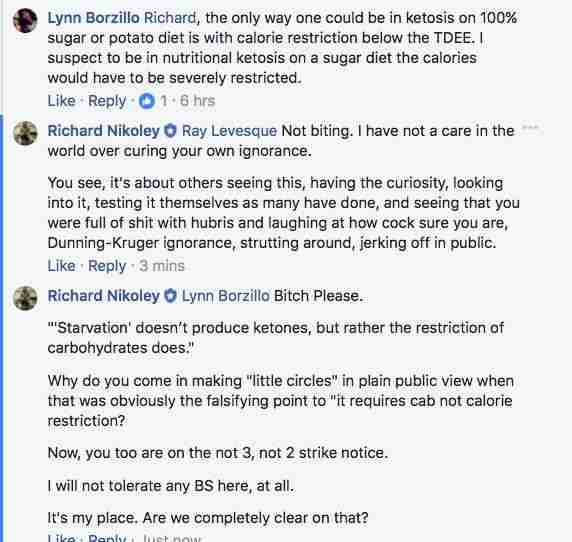 I’m telling you. Ketotards here are fine and good, if you know your place, which is utter submission. You are here to learn, because you’re ketotarded.

It’s what the group is for. To the extent that any of you ketotards in residence harbor stupid fantasies like you’re going to make an evangelistic impact here, let me disabuse you of your walnut. You’ve already lost your brain.

You should be clear on what I’m telling you. I will not tolerate a gram of your bullshit here. 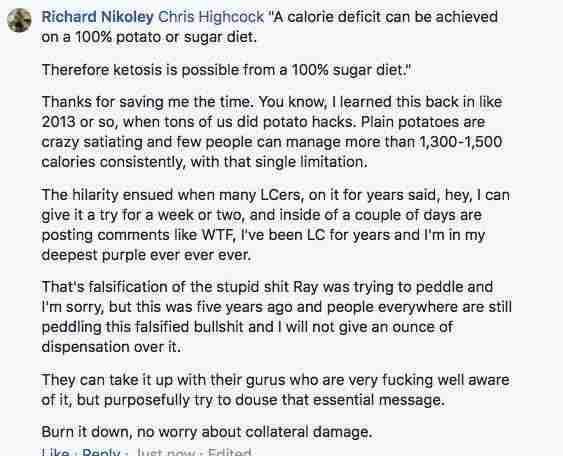 This is is what chronic ketosis with protein restriction does to otherwise perfectly good brains.

So, enough already. Time to <PLONK> the guy.

And I went out of my way to give her a chance.

Listen, I began this today by signaling to all three Jimmy Moore agents that unless they submit to the deal here, it ends only one way.

I’ve been running this kinda psych gig forever. When in a conflict, you always allow for either party to demure. “Oh, maybe I misunderstood, etc.” Bitch please. I lived in Japan for five years and because I so understand the grace of saving face, I can spot in an instant when the goal of the interlocutor is to dominate rather than reach an accord.

Yea, news flash, this is my space. Want to know how I know? I could delete the whole thing in a few clicks and you can’t, and that’s what makes it exclusively mine.

It will run according to my exclusive direction, desire, and even whim. You’re free to enjoy and partake if you like. But make no mistake about your place.

…I’d seen a bit of this going on but was busy. Jimmy couldn’t take down the group with explicit complaints to Facebook, so I’m weeding out his agents one by one. 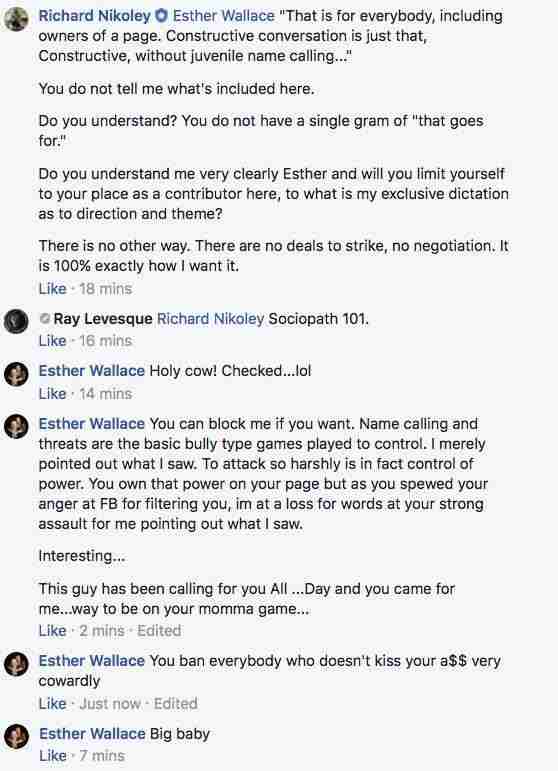 I don’t know Angela Price, but I’m a sucker for smart chicks who take no shit from pussy boys. 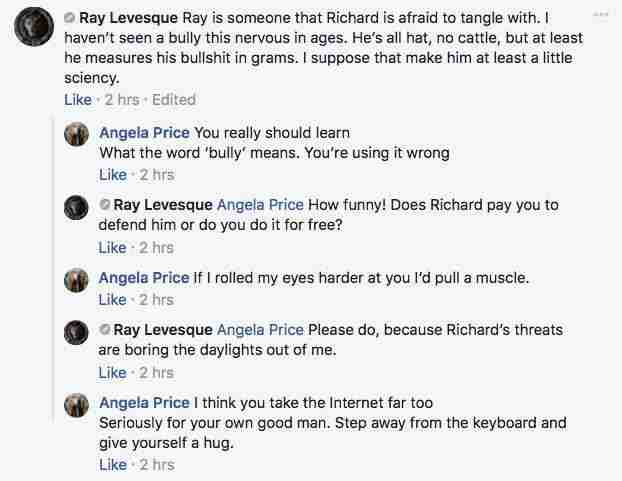 Three publicly beheaded, by which I mean that I bait them into obvious stupid shit, then block and ban, and then post the screen clips here for a good laugh. 5th grader formula, but 5th grade is the time of your life. You can be ahead of the learning and maturity curve, and get away with every sort of mischief.

I’m a 5th grader at heart. Fart jokes? Nothing funnier. Most of my wife’s 35 career teaching? 5th grade.

She knows me well.

See, Jimmy Moore explicitly filled some of the membership here with his sycophants back in his pathetically failed campaign to get Facebook to ban the group because he felt bullied because he’s a morbidly obese dude telling people how to eat less carbs, less protein, and more fat for “health gains,” where at least, there’s typically gains. He even reported that he had received death threats over what he could not possibly have taken as anything moore than a bad joke, which was rebuked instanter anyway.

Jimmy is all about putting his own gains on public display regularly, everywhere, no shame. Personally, I’m at the point where I’d rather turn a corner and find a street bum with his pants down, jerking off in public.

How about you? Serious. Would you rather see a street bum jerking off in public, than yet another picture of Jimmy Moore in front of an audience chock full of complete, soulless whores, applauding him, as he’s talking about weight management and health? Which makes you want to vomit moore?

When does the mhooring madness stop?

Since we can’t count on Tom Naughton or Chevara to do it (I see that Tom Naughton is signed up once again to help Jimmy be a fraud, next Love Boat), is there anyone out there who will ever put a foot down and take moore of a stand?

I doubt it. Whoring is known as the “oldest profession on earth” and that meme is guarded and sacred because it’s metaphorical. It transcended the female of the species very long ago. In fact, males are some of the most high-powered, high-paid whores ever. 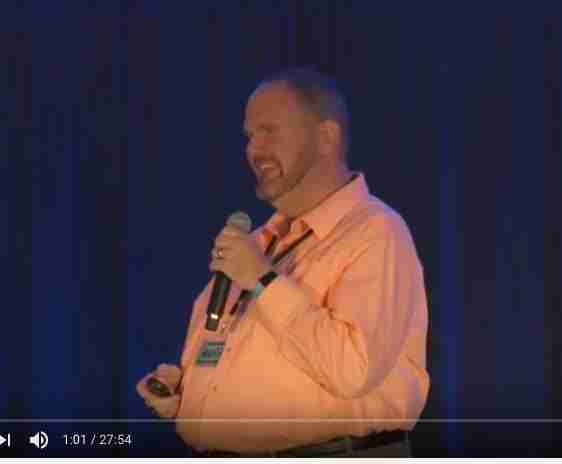 Then, the parting shot addendum, agent of my 9th “downfall.”

The thing is, it means absolutely nothing to me. All these micro-SLAPP “Facebook lawsuits” minions file each time I post something has zero effect. When the ban is up, I will continue just as before. I do not waver.

I will cut you down. There is no debate. There is no three strikes. There is no two strikes. It’s summary judgment, dismissal, and execution for coy ketotards around here. I will hunt you down and I will dispense with you and I will have others laugh at your fat. No quarter. No mercy.

Yesterday, I summed up the whole housecleaning like this:

Awesome. My little housecleaning tirade last evening motivated 9 group members to take their moron ketotard asses straight out the door, and this is in addition to the three ketotards I showed to the door myself.

Ketotardedness is not tolerated here. Not a gram’s worth.

Make zero mistake: the primary mission of this group is to mock, deride, expose, laugh at, ridicule and otherwise make fun of ketotarded nonsense and the ketotards that put such nonsense forward.

I will hunt you down if you spout your bullshit in comments here, and I will embarrass you publicly. No quarter, no mercy, no second strike. We will have a laugh at your stupidity, ignorance, and hubristic audacity for thinking you can get away with that stuff here, under Richard Nikoley‘s nose.

In what way did people not understand that when I set up this group last June, I was absolutely serious about it, what it was all about, and what the aim and purpose was? I have never wavered an inch off that, nor will I, Jimmy Moore and his fat laddies notwithstanding.