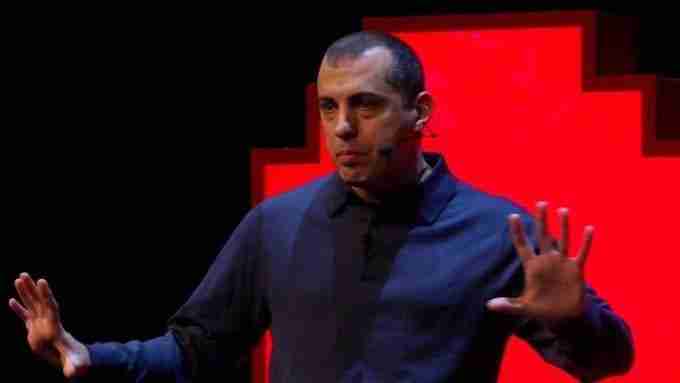 I don’t know if you’ve been following the story over the last couple of days but it’s emotional on many levels. Here’s Andreas from the Wikipedia POV. He has a website, YouTube, and a Patreon too. Yes, I’m a Patron.

Back in August, when I was chewing on what to do next—as my FreeTheAnimal diet blogging was just not really doing it for me, nor the revival of excitement via a Facebook group I created early June that quickly gained over 1,500 members—I began turning to crypto, having had a long-term interest. Andreas’ videos are what really got me shouting ‘amen, preach it brother’ from the pews.

The TL;DR is that another bitcoin millionaire and investor guy, Roger Ver—whom I gather lots of people hate—chastised Andreas over Twitter for resorting to Patreon to pay his bills when he could have just invested $300 in Bitcoin some years ago and he’d be a millionaire. Andreas responded in a private post on Patreon that got leaked to Reddit.

It is hard for many to accept that someone who has been involved since 2012 has not amassed a great fortune in bitcoin. The truth, however, is that due to circumstances and some poor choices I made, I was not able to benefit as much from the rise of bitcoin as some others have.

At the end of 2012, when I heard about bitcoin, I had been working as a freelance consultant for about a year after burning out of my previous work as a partner in a research firm. I had a modest retirement fund, a small amount of credit card debt and enough income to make ends meet. I was really in limbo, looking for the next opportunity. Bitcoin arrived into my awareness and slapped me in the face. You’ve all heard my story of tumbling down the rabbit hall, absolutely consumed by awe.

What is not quite obvious is that my obsession also drove me to abandon my consulting work and put all my attention into bitcoin. I worked as hard as I have ever worked, focusing full time on this technology. During this time, I was unable to find any way of making a living through bitcoin. I traveled to speak at conferences (which didn’t even cover expenses), I consulted with startups (which couldn’t pay me), I wrote articles etc. To support my “habit”, I dipped into my savings. I cut back on my expenses as much as I could and started ravaging my savings. By mid-2013 I was forced to start liquidating my retirement funds. In my early 40’s, I was undoing a lifetime of savings, in a way most people would consider irresponsible. While doing so, I incurred penalty taxes for early withdrawal. Then, I went into credit card debt. By the end of 2013 I was “worse than broke”: going into debt at an alarming rate.

Finally, in 2014 I started making a bit of income. I was so deep in debt that I continued to live paycheck to paycheck, struggling to chip away at my debt. It was going to be a long two years before I finally became debt free at the end of 2016.

I won’t complain about the lost opportunity. I am extremely fortunate to be able to live debt free, doing my dream job in a field I absolutely love.

The thing about it is—if you’ve seen his videos, interviews and such—he’s doing it all as an evangelist who truly believes in it; that he can help the poor, unbanked, and fiat victims the whole world over…and he just may be right about that.

The more TL;DR is that this getting out there resulted in tons of people sending Bitcoin to his donation address and within 24-hours, those who love him had sent 50 Bitcoin his way, worth about $750K. One individual sent 37 coins. But it continued. Last I heard, the same individual sent another 42 coins and in total, he’s up to donations of about 100 coins for a cool $1.5 million.

And I haven’t heard a bit of resentment anywhere. Quite the opposite. Most seem to feel that it barely repays him for all he’s done to educate and energize.

So, wow! The story changes. Here’s one I hadn’t read: A bitcoin booster got $1.5 million after being “bitshamed” for being poor.

A few things about this to take particular note of.

1. No middle-men money-changers or “charities” to take cuts.

3. It was global, people from all different fiat realms.

Have a good weekend chewing on a great love story.