It amuses me at this point. You knew I had to get ‘er done, 9 being such an odd number. I think my first ban (24 hours) was just over two years ago. The second was a week, the third two weeks, and 7-10 are 30 days each. So, in the last couple of years, I’ll have logged a total of 232 days in banned status. LOL.

So here’s what went down this time. An orthopedic surgeon by the name of Gary Fettke posted an image to Facebook, which I shared to Richard Nikoley’s Ketotard Chronicles, with an introduction. 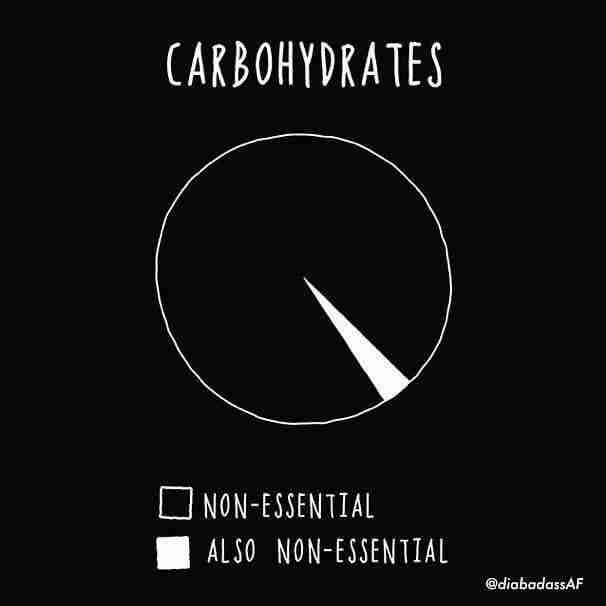 The post has been removed, but I was able to capture the notification from Facebook with the intro I wrote copied.

Now, I don’t know much about Dr. Fettke. Apparently, he’s been gagged from giving nutrition advice in Australia. I assume he’s a reasonable guy and having checked, I see he was actually a Facebook friend at the time of the post (I did not know this at the time…probably would have toned down the vitriol if I had). Looks like he has unfriended me, though I don’t appear to be blocked. Perhaps he wants to save my soul.

Truthfully, I don’t have much against rational low carb such as, say, Atkins, or Dr. Eades’ reasonable Protein Power version. I can get along fine with these folks.

My deal is simply that just as sometimes some folks go over-the-top radical, I go over-the-top vitriol in response. It may sound coy to say so, but in truth, this all is far less “personal” than one might think. It’s kind of like saying, “this is business.” It’s my schtick. It’s what I do, particularly on a platform like this blog, or the Ketotard Facebook group, its raison d’etre being to mock this sort of extreme nonsense in an area where I agree there are valid therapeutic uses for low-carb, or even keto. But this whole “carbs are not essential” is just bunk for stupid, simplistic, impressionable people.

I explained why in more depth, in a subsequent post.

There seems to be great confusion in this idea that “there are no essential carbohydrates.”

Let me show you how it’s dumb. First, it’s plain silly to infer some sort of ideal human behavior based upon all that is non-essential in a human life. For instance, a monk living in a monastery is essentially practicing a human life that excludes almost everything that’s non-essential.

So is that an ideal life and if so, why don’t more do it?

In fact, there are very few SPECIFIC things that are truly essential in a human diet. There’s some vitamins and minerals, some amino acids, a couple of fatty acids.

There are many, many ways to get all these essential things that our bodies can’t synthesize. In terms of non-essential things (dietary), some micros can be synthesized (so don’t eat foods that contain them directly?), as can sugar…which is utterly essential to a human (biologically)…so much so that if we weren’t able to synthesize it, we’d all die in our sleep…and this is reason to not ingest any at all, or its upstream substrates? It’s IDEAL to not do so?

When a vegan says to you that there are no essential animal foods, he or she is technically correct. But you laugh and you think it’s crazy. Why? Because you understand that while technically true, what a crazy way to live when it’s so much more enjoyable and so much easier to hit your essential nutrients; the vegan must surely be speaking from pure ideology and nothing more. He’s inferring some sort of virtue or ideal based on what isn’t, rather than what is.

But you have your various #hfcl and #keto crowds who do exactly the same thing, in reverse.

Just because humans have the ability to synthesize sugar because they absolutely have to, or death is sure and quick, does not in any way whatsoever even remotely imply that it’s an ideal way to craft a diet.

It’s plain moronic, every bit as much as the idealist proclamations of vegans.

You can go to the thread to check, share, or comment. Here’s a couple of choice comments by Alex Leaf.

…So, now back to Facebook, in order to demonstrate what a silly little maternalistic organization it is that absolutely panders to the worst sorts of tender little flowers.

First of all, Facebook isn’t even correct, or consistent in applying their silly little one-size-fits-all “Community Standards” [for children, crybabies, and wankers].

We don’t tolerate bullying or harassment. We allow you to speak freely on matters and people of public interest, but remove content that appears to purposefully target private individuals with the intention of degrading or shaming them.

Hey, you stupid dickheads over in Dublin (Dublin, Ireland is where FB runs this stupid feeling protection racket). Gary Fettke is indeed a person of public interest. So, you fucked up, and this isn’t the first time (for instance, the several blocks over saying what I think of that dickweed, Obama and that lying ugly whore, Hillary). And, as you explicitly state in your FAQ, a temporary facebook block is final, there is no means to appeal it, and you “cannot” undo it. But don’t worry. I wouldn’t appeal it even if I could.

I far more enjoy publishing what incompetent fools and fucktards you all are and it’s why so many loath, detest, and hate you. Many, like myself, can’t wait until the day your graves are danced on, like the forgotten MySpace.

…During my last ban, I wanted to see what actually happens when you report a post as “abusive,” so I reported some jimmy moore post for shits and giggles. Here’s what you get back, complete with tender blue hands and gag worthy patronizing language.

For me, it conjures up images of something straight from the Communist Youth League or Hitler Youth.

There’s more. This is what you get when you block someone. Because, they just want you to know it’s alright and you don’t have to feel bad about it and don’t worry, they won’t tell anyone.