Anthropomorphism: Not Just For Animals; Children and Leftists, Too. A “Gun-Free” Zone Post

Anthropomorphism: the attribution of human traits, emotions, or intentions to non-human entities. It is considered to be an innate tendency of human psychology.

You can’t avoid it. In fact, Facebook is largely devoted to the human tendency to anthropomorphize all sorts of animal behavior, from cat and dog videos to animals in the wild engaging in behavior that appears to cross over with humans, and so the same insight, integration, emotion, intelligence, and intentions are erroneously attributed.

Is it harmful? That’s asking the wrong question because almost everyone engages in it to various degrees, so it just is. What’s unhealthy about taking it to obsession and extreme is that it serves the purpose of unjustly debasing adult human intelligence and ability.

Non-human animals are environmental specialists. Certain environmental conditions give rise to a plethora of various species evolved to exploit every facet of the environment towards an equilibrium. If the environment changes on glacial scales, then the various species can evolve along with it. If it changes rapidly enough, the non-migratory species just die off. Contrasted with adult humans of adequate brain tooling, the latter don’t die off but mold their environments. They create new tool weapons (e.g., swords, bow & arrows, guns, cannons, and bombs). They create clothing. They create shelter. They build fires. They invent HVAC. They invent transportation. They landscape on massive scale. They create reservoirs of water by massive damming. They build fire breaks. They pave and pour concrete. They treat water and sewage. They sequester waste. They create art. They engage in sports with rules. They invent new forms of entertainment and amusement. They grow social networks on global scales that blur language and culture…

What if we qualify the definition of anthropomorphism just a bit? How about rather than just “humans” in general, we qualify it to adult humans with sufficient mental capacity to mold their environments? Well, what we’ve just done is exclude children and leftist political activists.

“Children should be seen and not heard.”

There’s two things I have a very low tolerance for. The first is hearing how smart and great some dumb kid is who’s a dependent of some adult. I don’t give a fuck, you’re wrong. In fact, you will not know anything about the kid’s prowess until such time as the kid is on his own so that you can judge that objectively. The second thing is a kid saying to me, “well I think…” No, you don’t. You’re a dependent. You express feelings and emotions. Shut your Similac Hole and observe competent adults and business people. Learn something. Demonstrate competency, then you’re qualified to say “I think” because you’ve demonstrated that you do, independently.

And this goes for virtually all students at America’s Institutions of Higher Leftist Indoctrination, especially those on mommy and daddy’s dime, scholarships, grants, and loans. Just look at the brewing disaster out there, now.

So, as to this: ‘We will be the last mass shooting’: Florida students want to be tipping point in gun debate, sit down and shut the fuck up. You aren’t qualified, and I don’t give a flying fuck or a runny shit about what a single one of you “thinks” about anything.

…I saw this piece, below, on Facebook this morning, written by my good friend and brother-from-a-different-mother, Gregg Wolf. It deals with the other element of my qualification vis-a-vis anthropomorphism, the activist political left. I’m quoting it in its entirety, denoted by italics—along with a little in-line image and added emphasis fun of my own. I’ll have some additional thoughts right after. 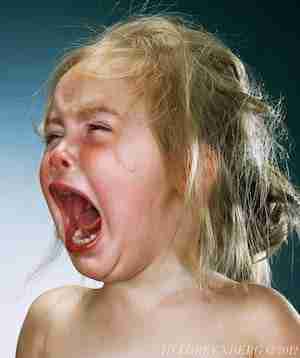 Every element of the left’s argument is either a falsehood, out of context, or meaningless inflammatory rhetoric.

In the 70’s approx 19 states had conceal carry laws and gun ownership was something like 50 million guns nationwide.

Since then, over 35 states have conceal carry laws, and the number of guns owned by citizens is over 300 million.

Where is it highest? In cities with the strictest gun control. So in the rest of the country, where the most guns are, it is as low as any European country.

Gun crime and the murder rate has gone down by 50% as the number of guns in the country has skyrocketed.

So it is not the guns. Clearly. Nor does “common sense gun control” lower gun crime or more importantly, murder. 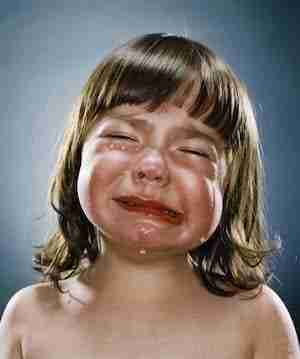 As stated above, we already have gun control in America. We have registration, liscensing, background checks, all kinds of controls, in every state.

To claim we need it is absurd.

All that is left to demand, is to ban and confiscate all guns.

Many people actually want this, though they claim to be for “common sense gun control”, which we already have, but I digress.

Here would be a good place to mention something that renders all of this moot.

You cannot ban guns in America, anymore than you can ban free speech, or freedom of religion, nor should you want to, for the same reasons.

Another thing, how many crimes are averted, and innocent lives protected by citizens using guns in America? Low estimates are around 50,000, others are as high as over a million, a year. Who knows, but is assuredly higher than the few hundred killed by rifles, which includes all of the “mass shootings” combined.

So why do those innocent people have to suffer, which they would if we banned guns, at the hands of criminals? Where is the compassion for them?

But none of that matters either, why? 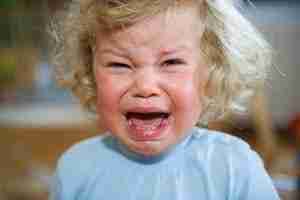 Then there is the “but Australia” or “only in America does this happen” claims.

To begin with, Australia had virtually no mass shootings before their gun ban, so having none after is not that necessarily meaningful, and their murder rate is now equal to or higher than it was before the ban. So net effect? Zero.

Australia is also tiny, with only 23 million people, it would barely be a state here. Most European countries are tiny as well, as some are smaller than American cities, let alone counties. When we aggregate the countries of the EU, the differences in murder rate become much smaller.

Only happens In America right? 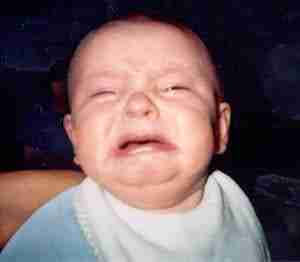 Paris shootings at the concert?

That last one is a higher death toll than any mass shooting ever in America, including Mandalay Bay.

What about the mass stabbings in elementary schools in China over the last few years, or on mass transit?

Something else that is always ignored, is that approx 1/2 of America’s murder rate comes from a few cities. Ethnic urban gang warfare and the drug trade account for almost all of that. The European countries trotted out as evidence, do not have these demographics. 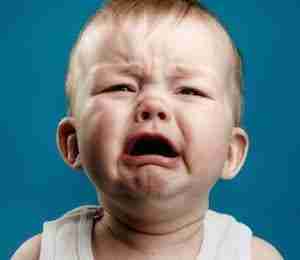 Besides – The Second Amendment.

Now what else is involved in everyone of Americas’ mass shootings for the last 30 years, especially since Columbine?

So how about we stop pumping SSRI’s into children?

Also since many Universities have their own police force, why not have school districts do the same, or use local police? Too expensive?

Maybe we could stop paying superintendents and excess administrators $200-400K a year and use that money to pay for it?

Why is this so controversial? I mean why do you think these shootings do not happen at the private schools of the wealthy and powerful? Because they have armed guards maybe? ?

Lastly, if you think prohibition laws like gun control prevent crime, and thus will save childrens lives, then I guess you believe your kids cannot get illegal drugs either, in which case this rant was for nothing.

…Back to me. Of course, the above is a total loss and waste on all children, the left in general, and leftist political activists in particular. In the first two cases, you’re generally dealing with feelings, emotions, and dependency in various forms—from dependency on parents to dependency on meaningless government jobs, entitlement programs, victim politics, etc.—to Democrat Party exploitation of the former via its cartel of thieves, frauds, and conmen. 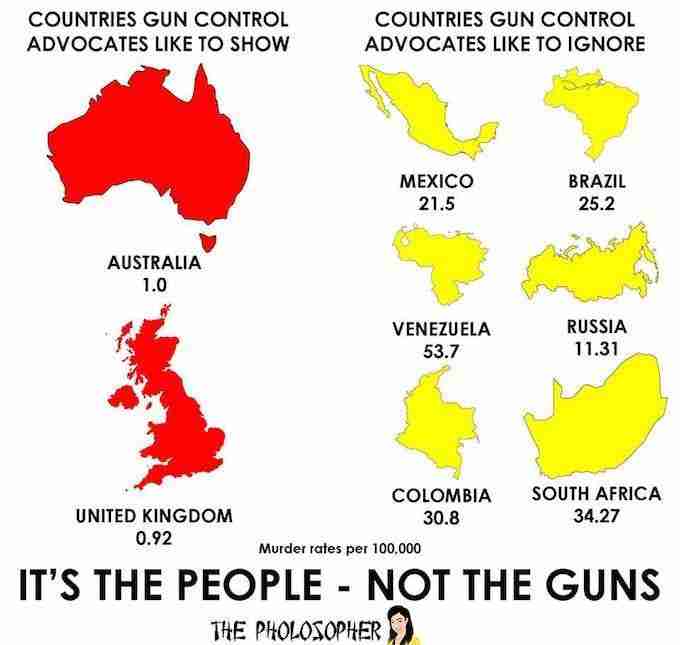 A couple of other thoughts. First, the mere term Gun-Free Zone is absurd on its face (as is the fucktarded federal act of 1990, introduced by Fucktard Biden and signed by Fucktard Bush I—and equally stupid). Generally, it’s an inversion of human cognition. That is, the human mind is an organ that senses or perceives reality and then integrates those percepts into a hierarchy of concepts that attempts to know something about reality, such that testing can commence, so that corrections can be made. I call this the process of being a little less wrong every day.

Coming up with a meaningless phrase like gun-free zone—meaning the reality to some, public policy to others, and hopes and desires to still others—is really an attempt to abuse human cognition by fallaciously “creating reality” with words. 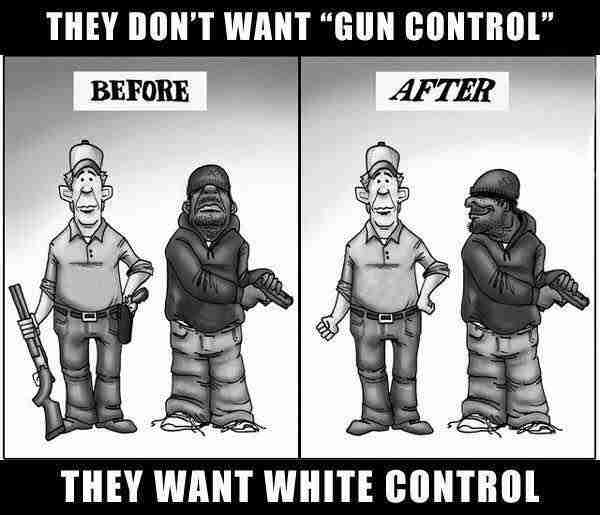 Racist? I don’t give a fuck. It’s accurate.

The other thing is the laughable arbitrariness of the thing. One. Thousand. Feet. …As though this gives rise to yet another mind-created reality: that humans with guns can’t walk a thousand feet. It’s just more of the stupid political legislative imperative of both the left and the right: fake reality by passing a new law.

Look, if everyone is going to be stupid by creating laws with an arbitrary number of feet denoting legal from illegal, then how about do something that makes slightly more sense, since, and I sincerely believe, the viciously evil left actually loves mass shootings in “gun-free” zones so much that they resist any attempt to install armed, qualified personnel in schools as deterrent and protection. Scrap the original “Gun-Free” Zone Act—completely fucktarded since 1990—and enact something like the Guns-Close Act of 2018.

It would have two stipulations:

To conclude, I’ve posted this remarkable 6.5 minute video a number of times before. Time to post it again. It’s inapplicable to children, leftists, and Democrats in general for all the reasons already mentioned. They just don’t have the capacity of adult humans with the brain tooling to survive on their own, even to the point of changing or molding their environment. It’s also inapplicable to professional leftist political activist and leftist politicians. They’ll either ignore it, misquote it, equivocate about it, or plain lie about it, because the former collection of leftists constitute their core constituency.

It’s just dumb all the way down.