Could It Possibly Get Any Worse? A Coward County Post.

When Coral Springs police officers arrived at Marjory Stoneman Douglas High School in Parkland, FL, on Valentine’s Day, they saw not just the officer assigned to the school but three more Broward police officers with pistols drawn but taking cover behind their cars as a gunman was inside killing 17 students and staff, CNN’s Jake Tapper reported Friday, citing sources.

Now, I’m not going to say anything that hasn’t been said or contemplated by folks of good conscience. But what in the holy fuck are these meter maids for, anyway? Is it really like so many think, that they’re nothing more than generators of revenue for the state and municipality by means of the predation of low-risk targets at gunpoint? 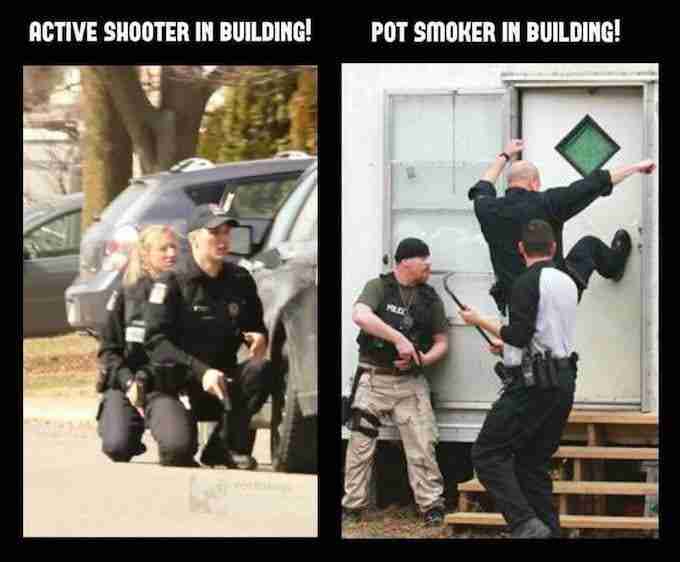 I mean, how is this not just disgusting and pathetic at about the lowest levels you can imagine? The jokes over the Coward County “first responders” just write themselves. A complete disgrace with no possible redemption.

And, yet, Coward County Sheriff Scott Israel couldn’t wait to dress up in his fashions adorned by stars to go on CNN and in an entirely scripted production, lay into the super-hot NRA spokesman Dana Loesch as though his failing was hers, and that of an organization comprised of responsible gun owners and enthusiasts—none of which were allowed legally within 1,000 feet of that “gun-free” target.

How stupid? How fucking stupid, people? And yet, in my other posts on this topic I get morons who’ve commented here before, that I must therefore want to do things like invoke the KKK because somehow…because I want to see kids have a modicum of safety until they take care of themselves…it’s about black people, or whatever their Solipsist, delusional minds come up with by talking point.

…And then, to add insult to trauma, Scot Peterson gets to just resign in that disgrace—perhaps to go sip Pina Coladas on a sunny beach somewhere at the expense of county taxpayers for the rest of his miserable life. How is it that a career dereliction of duty that ups a body and injury count by that much gets him that sort of just walk away privilege?

Our American society is insane and getting insaner by the day and the event. In a rational world, that piece of shit—Scot Peterson and his three “Thin-Blue-Line” brothers—would be in stocks in the public square, bloodied and beaten to death by the parents, grandparents, brothers, sisters, and even distant relatives of the 17 deceased kids.

I wouldn’t want to be in his shoes.

I hope that as much as he runs, he can’t hide. The right thing to do would be according to the Japanese Bushido Code. That would be the minimally right thing to do (and for Israel too…forget that shit about “resigning”). Of course, after they’ve all conveyed all of the assets they’ve accumulated—after a lifetime of being tough on soft targets—to the foundation of the victims.