Back in the latter 2010s when we all read Good Calories Bad Calories by Gary, he had a reasonable plea: Just test it.

It was just like that. Essentially, look, ‘I’ve put my carbohydrate-insulin hypothesis out there. It needs to be tested, can we just test it, please?’

Of course, Gary was not going to get mainstream to buy in just like that. He teamed up with Peter and raised capital. I used to speak with Peter on the phone back in early days, met him for dinner once in the formative era of what would become NuSi. I think he was looking for executive positions at the time, but I never tried for one even though I had a felling I could have tried to be a part of it.

Put a suit on, again. Nostalgic. But maybe I’m projecting.

I blogged about NuSi’s troubles before:

The very good Kamel Patel and Stephan Guyenet dealt with it all. But there’s really only two things to really take heart of. 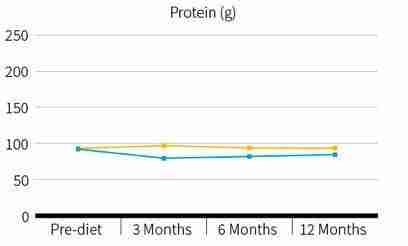 Pretty much identical protein amongst the groups. Both started off profound low fat or low carb, but got regular encouragement and counseling such that they morphed during the study to low carb or low fat biases which truly did manifest in lower carb and lower fat, even though few to none stuck with the edicts at the start.

But this is the coolest graph in the whole study. Every individual, beginning with catechism low carb or low fat, and then allowed to be biased toward one or the other and this shows their individual results. 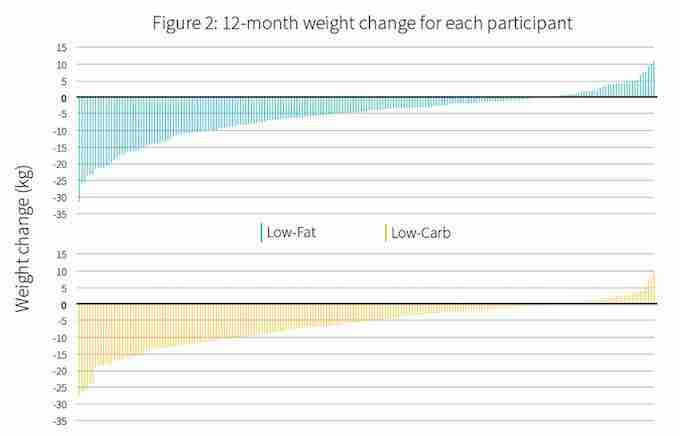 And, yet, I have already see many LC fucktards in comments in various places proclaim it’s crap, just as they always do.

It always reminds me of commies who did not actually suffer the Soviet regime over decades: “It’s not true communism.”

…It’s really all I have to say about the quotidian fucktards, anymore. They’re too stupid for me.

Stephan was more gentle, to his credit. 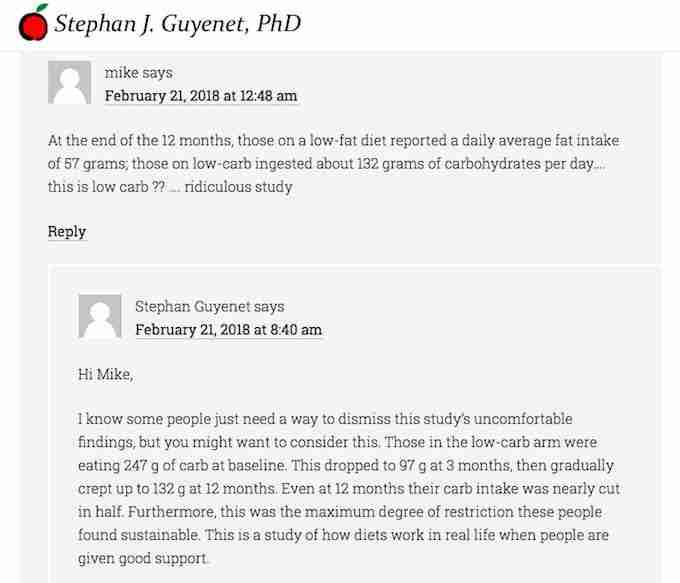 Look, if you are forward looking, there is zero way that ketotards or LCtards come out #winning. It’s impossible.

I made my bet about that years ago.

That’s it. 6 simple points. You can even enjoy a sugar drink Mexican Coke if you know what you’re doing. I enjoy 1 or 2 every 1 or 2 weeks.