A couple of weeks ago I posted about the unequivocal proof I had involving Facebook’s bias in temporary blocking. This a a brief update to show that I took it a step further towards demonstrating Facebook’s flagrant duplicity in enforcing its “Community Standards.” The original image, again, posted by Dean Marroni and shared 173 times by others: 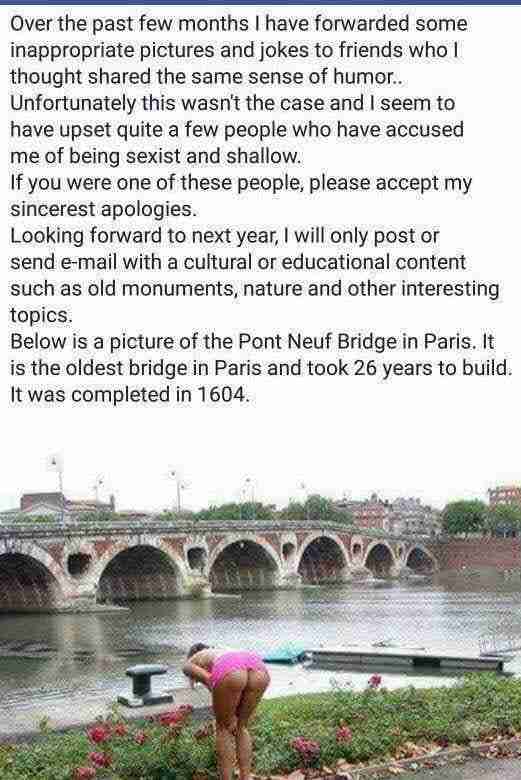 Yet, I was the only one to catch yet another temporary block. Prior to drafting the previous post I had gone in and reported the image from Dean Marroni’s profile, just to see what would happen. Then, I thought better of it, wanting to preserve the original and number of shares for the record, so I deleted my report. After a couple of days I decided to reactivate it, and this is what I got back from Facebook immediately. 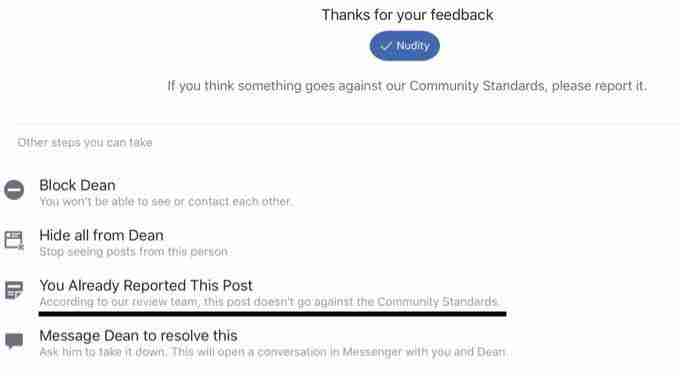 LOL. So, I had a friend of mine issue a report on it.

And, here’s what he got back a couple of days later. 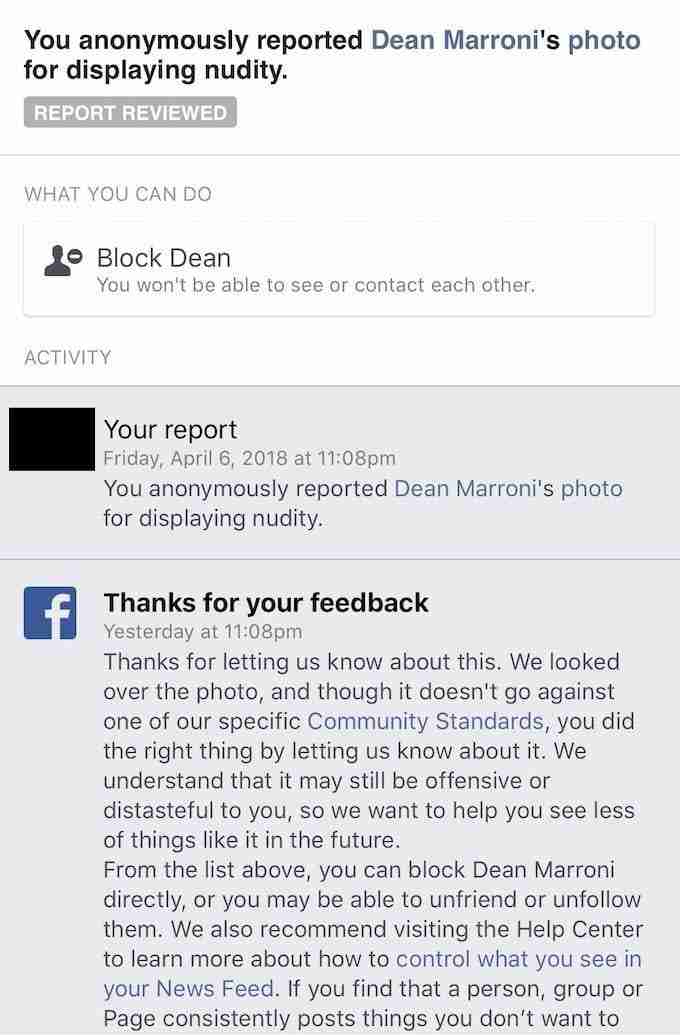 So, what can I say? That’s just as flagrant as you can get. they’re just cheap-ass liars. And to top it off, here’s another one I got wind of. Check this out. 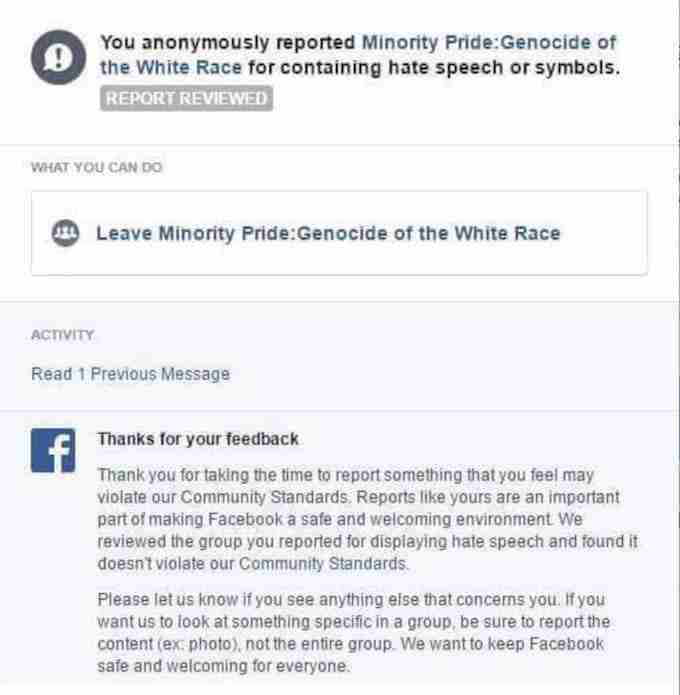 Mark Zuckerburg and Facebook deserve any and every bad thing that can come their way.