When #Paleo was the “in” diet thing just a few years back, I was regularly mocked, chided, and dismissed in that community for daring to mention the positive benefits of the #lowcarb #highfat #ketogenic diet at their conferences where I was invited to speak (there were many who were angry I wrote KETO CLARITY). Now that the tide has turned and #keto is the “in” thing, paleo is having to kowtow to the message of nutritional #ketosis more. How convenient.

Had they simply allowed the science supporting this way of eating to be openly articulated and shared rather than making a mockery of it in 2015 at PaleoFX with an agenda-driven featured presentation using century-old research called “The Danger Of Ketogenic Diets: Why Most Of Us Shouldn’t Do It” (watch this nonsensical and smug lecture here), then perhaps the goal both the Paleo and the keto communities seek of getting people #healthy through #nutrition would be even further along.

BTW, I submitted a response lecture to that conference for the following year that would have highlighted the latest research about keto—DENIED! They clearly had an anti-keto agenda and didn’t want that keto crap pushed at their events. Oh how times have changed in three years.

Sadly, the information and scheduling gatekeepers in the mainstream of the paleo community messed up and messed up BIG TIME. They really do owe a lot of us in the keto community a huge apology for dissing this powerful, life changing modality that I would argue most of us SHOULD do. Yes, they’re now talking keto in 2018, but that’s because they have to so they remain relevant with their audience.

It didn’t have to be this way, Paleo.

What a smug, fat-ass piece of shit. Anybody who gives this butter-gobbling, lying turd any sway at all is an abject fucktard who deserves everything they get…such as uber elevated cholesterol, nutritional deficiencies via hyper-high, empty calorie fat, and getting fatter and fatter just like poster boy has been doing for years. It’s so bad now that he has moved the goal post from fat loss to “health gains.” Well, he’s been packing on gains, that’s for sure.

Alright, time for a game of which thing is not like the other. Which is Keith Norris (the face of paleo f(x)), Mark Sisson, Robb Wolf, and Jimmy Moore. 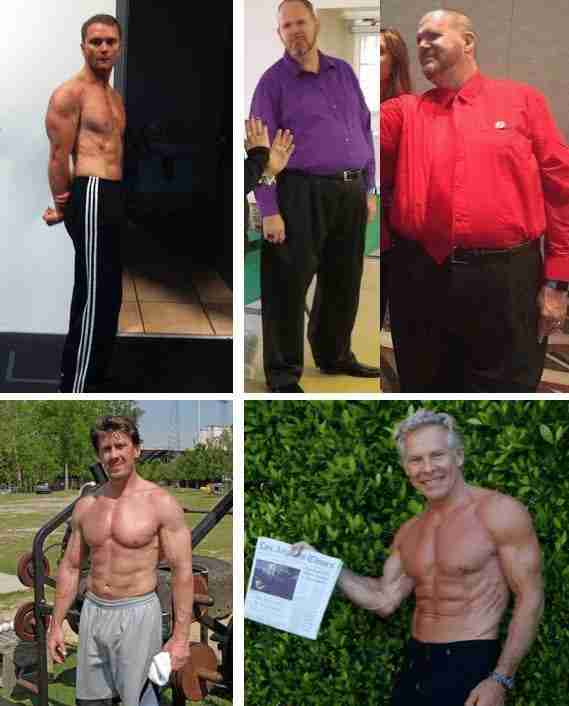 The level of ridiculousness here is just surreal. It’s Alice in Wonderland territory.

And you know why paleo has waned somewhat in excitement and popularity over the last few years? Because it’s a sensible and stable way of eating, moving, and living, and once you got it, you got it down. It becomes a lifestyle and you have no more need of gurus, blogs, products, etc., unless it’s your thing to do that and in terms of fellowship, you can’t do better than Paleo f(x). The 2018 conference is wrapping up just as I polish off this post. And you can also follow Mark Sisson and/or Robb Wolf. If you’re super into Keto but want to do it right, then check out Ketogains where they actually post their results, which are both enormous and impressive.

Or, go ahead and follow the buffoon and abject liar. That way, you can be told what you want to hear and stick to your gluttonous ways. You want to be told that there’s magical foods and macronutrient ratios that let you always eat to satiety and you never have to go hungry. Satiety…you know? That thing that got you fat in the first place? So, yea, Fattass Moore is merely cashing in on the fraudulent-fad sector of the diet as that’s the sector in all popular fad diets where they tout the magic—until those for whom magic never happened before, and isn’t happening now, move onto the next magical thing.

paleo still has a substantial amount of popularity in the tens of thousands or more. These are the folks who got the essential sanity and simplicity of it: whole food, discipline, and hard work. Magic lost its appeal to them.