I find it interesting that circumcision is controversial. It just seems that such a potentially life altering procedure ought to be up to the individual involved.

I ended up in a discussion about it earlier on Facebook, so I did a little digging.

Yes, except for the ones who for whatever reason get cut after being intact and having sex. They overwhelmingly report negative experience after. Hard to claim they just don’t know what they’re talking about.

Moreover, many men have undergone restoration (just the skin, can’t restore the 20,000 lost nerve endings) and I haven’t looked into it thoroughly but they report a more positive experience with foreskin.

These men, and women who have been with both, are the only ones with any authority worth listening to on the matter.

After all is said and done, what really matters is the science, and the science says that nearly all men who get cut later in life regret it. Moreover, women who have been with both report 1) they achieve vaginal intercourse orgasm twice as often (60% vs. 30%) with uncut, 2) get wetter, 3) experience less discomfort, 4) have more multiple orgasms, 5) have multiple orgasms in more encounters, and 6) have intercourse that lasts 50% longer.

Whether evolution or “God’s” creation, seems there’s damn good reason to be intact. 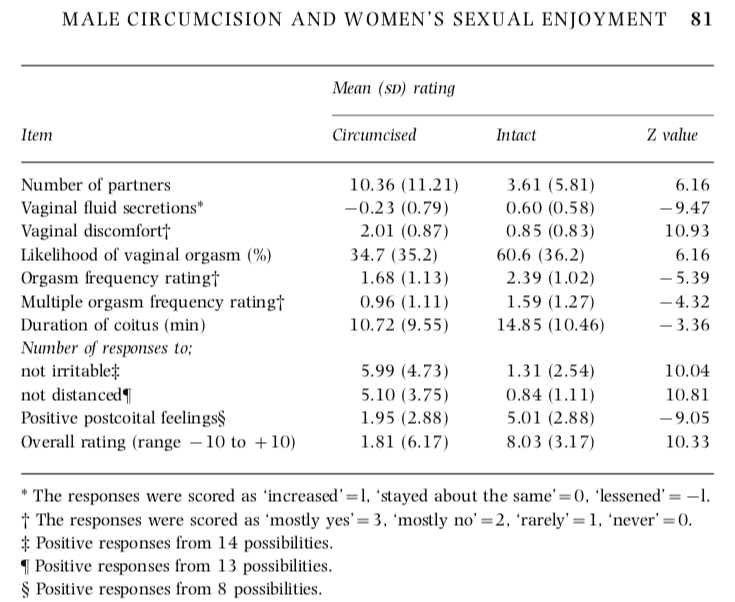 Seems kinda clear to me.