30 days, again. For this post. That brings my total banned time since 2015 pretty close to a full year. 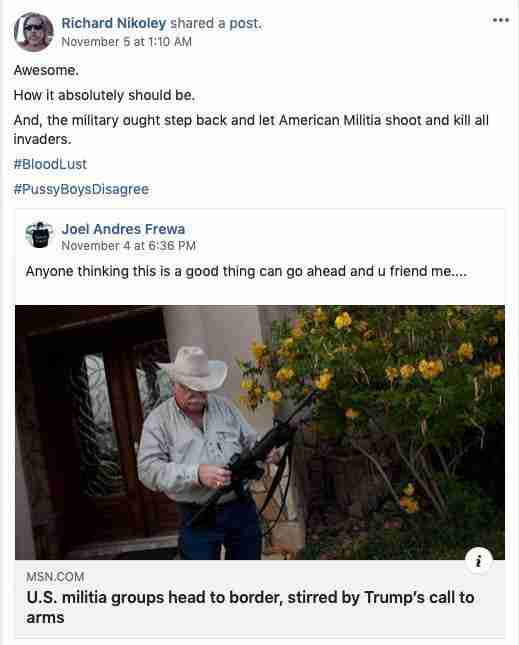 I agree with Trump.

UPDATE: Facebook appeared to give me an opportunity to dispute their finding, so I wrote this is the space provided:

I shared a post by MSN.com, normal established news column.

What I wrote in the introduction is “kill invaders.”

You can argue whether a particular mass of people are invaders or not (Trump and Acosta had such an argument) and that’s fine. I’ll engage in that debate, but the notion that killing invaders to your community, intent on doing you harm is against standards is far fetched.

History is replete with thousands of examples of doing just that, toward the general aim of protecting community and advancing civilization.

When I hit send, this: