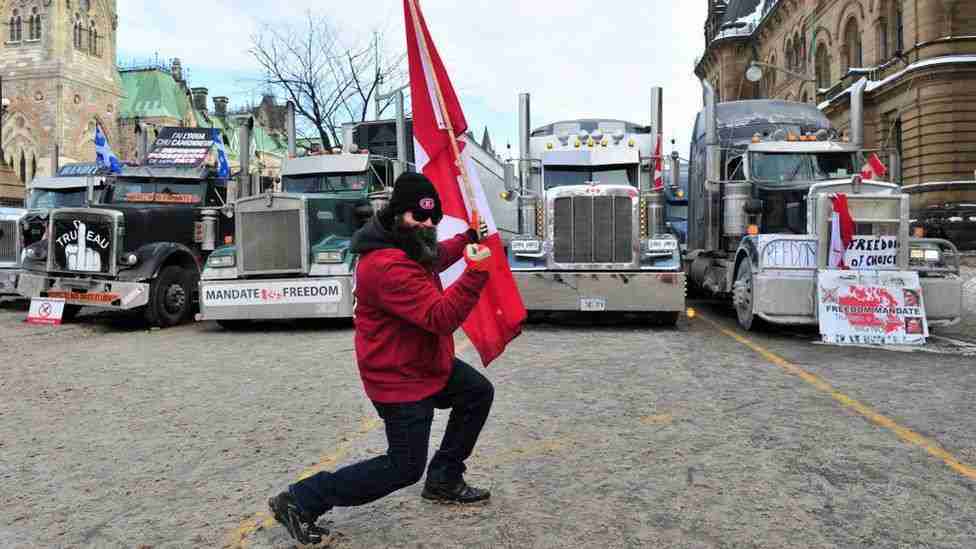 I go over the ins-&-outs of the whole thing along with my commentary, takes, and a bit of well-deserved vitriol heaped upon The Guilty 15! I like to add something unique and that you're unlikely to read anywhere else, so be sure to get down to that part. I think you'll find it interesting.

The backstory is basic. A week or so ago as the Freedom Convoy 2022 got truckin', organizers set up a GoFundMe campaign and whoa, they raised a lot of moola real quick. By the time it got up to about $4 million Canadian, GoFundMe—under pressure from all the overweight, purple-haired, pierced, and tatted...with tears in black stockings—temporarily pulled the plug in order to conduct an internal review.

Upon "review," they began releasing funds with the first payout being $1 million.

Fast forward and as of just a couple of days ago, GFM's first review must have missed something. Not only did the gals who want to keep working at home in perpetuity—when not out attending BLM and Antifa loot, smash, and burn [mostly peaceful] rallies—ramp up the pressure, but one of them in self-isolation—the Prime Minister—got really UPSET!!!

GoFundMe Seizes $10 Million of Trucker Protest Fundraising, Will Give to Charities Instead

GoFundMe says it won’t be giving the C$10 million ($8 million USD) raised to support the truckers protesting COVID-19 mandates to the organizers anymore, saying it will instead work with the organizers to send the funds to “established charities verified by GoFundMe.”

“To ensure GoFundMe remains a trusted platform, we work with local authorities to ensure we have a detailed, factual understanding of events taking place on the ground,” the fundraising platform said in a statement on Feb. 4.

“Following a review of relevant facts and multiple discussions with local law enforcement and city officials, this fundraiser is now in violation of our Terms of Service (Term 8, which prohibits the promotion of violence and harassment) and has been removed from the platform.”

GoFundMe added that it has “evidence from law enforcement that the previously peaceful demonstration has become an occupation, with police reports of violence and other unlawful activity.”

Then follows a sales pitch, and if you've ever followed market, trading, or investment advice, there's a GREAT RECKONING!!! every few months at the very minimum and if it's not a general one, then it's in a niche like gold stocks, tech stocks, or whatever.

I've seen the hype over decades.

The last Great Reckoning was the Great Depression of 1929, when you had common folks liquidating all assets and lined up in literal soup lines. We're just over 90 years from that and in terms of economic downturns and recessions, nothing has really come close. Even WWII didn't come close, ending up a financial boon that ushered in unprecedented national prosperity for decades. America had tightened belts and already lived frugally, many died, but it brought so many job opportunities that even little ladies were taught to fly all species of military aircraft, including the fighters, ferrying them to where they needed to be for eventual delivery.

...It has also been quite a while since global communication went global, rudimentary as it was for a long time.

How do you integrate all of that? Well, by 1928, humans had the technological ability to communicate rapidly across the seas by telephone, likely a one-off skit at the time—I don't envision anyone just picking up the phone and dialing Europe. Compare that, in contrast, to a factory in the UK that gets a purchase order via ship in the 1800s and has to risk a lot in the dark to produce the products, package, and put on a ship; and he's not really assured that the purchaser on the other end is even still there—or economically viable to pay—anymore. And then payment takes another month to get back. Risky as hell. Insurance must have been crazy expensive if even available.

...It would be interesting, if available, to analyze trans-Atlantic communications via rudimentary telegram during the 1929 Crash from August to October and then ensuing years. Was the actual telephone used a lot by then? I doubt it but don't know for sure. One thing can be certain, however, and it would be that all communications were official and filtered as to political imperatives, because nothing ever changes in that regard and communications across national boundaries were surely A MATTER OF NATIONAL SECURITY!!!

My own gut feeling is that as communication got better globally, faulty or even misleading information became far less important as bandwidth and speed got better. I think that humans tend to default to "well, that's the best information we have," and then do their best with it. But that introduces the exacerbating problem of investment. If you later get new information after already investing time, resources, and political capital into the old information, one might be motivated to stick it out to see if it sticks anyway. Reelection draws nigh.

In general, advances in global communication in terms of speed and bandwidth (amount of information) has helped bankers, investors, and businesses to all take on less risk, avoid total busts, make decisions that require less cost, financing, and insurance. This trickles down to the employees, their personal stability, and the longevity of their benefits and pensions. 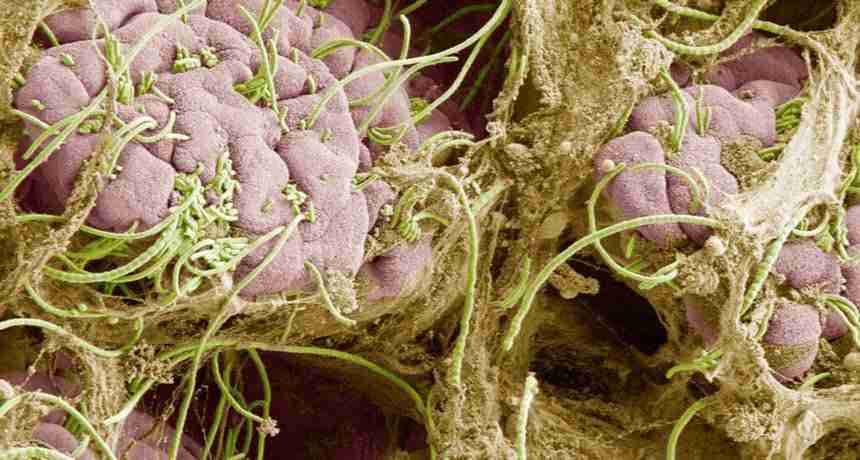 Natural Immunity, Gut Biome, and its Importance in COVID-19 #4 — Your Second Brain

This is the fifth in a series consisting of an introduction, 19 Chapters, and 2 appendices. Or thereabouts. Over 165,000 words in total, about 400 pages in book length. The whole thing is already completed in draft with almost half of it through first-pass editing. I’m issuing it chapter-by-chapter for Members of this blog. Join here. The publishing schedule is not formal, but an average of a chapter every couple of weeks is a reasonable expectation.

Of note: this is perhaps my favorite chapter in the series.

Envision a battlefield, and what does your mind’s eye conjure up? A big field? Soldiers in two types of uniforms? Various weapons? Probably that’s what most people see. But did you know that there’s a battlefield right inside your human gut and other places too (mouth, nose, ears, vagina, and birth canal, etc.)? For simplicity, let’s focus on the human gut where between the small and large intestine, you have a battlefield with a surface area the size of a tennis court, and a war is raging between 100 trillion microscopic soldiers of 500-1,000 species, and each species has different weapons to use against other species.

Envisioning that battlefield would more closely resemble something out of Star Wars with all different sorts of aliens locked in conflict to the death. We’ve already discussed many of the jobs your gut microbiome takes on. These microbes make vitamins, absorb minerals, and create brain-signaling chemicals, among other things. But one of their most important functions is to guard their home or battlefield, since their home is never at peace. The number one priority of your microbiome at large is to keep its environment safe for Democracy, by which we mean a sort of perverse majority rule where the majority—those generally beneficial to the host—attempt to exterminate or at least keep numbers (the minority) under control that do damage to the host and by extension, the home of all the good guys that need a continuous supply of food, living their lives of a few hours to a few days in non-stop action.

The war that rages is one of creating an environment suitable for the growth of your beneficial microbes, while making it tough for your pathogenic ones to even “breathe.” That’s the strategic part, if you’ve read your military history. Tactically, they can also unleash skirmishes to quell an uprising.

I cant stand that leftie-commie cunt.

But that's less important to me than the value of my own honest integrity. 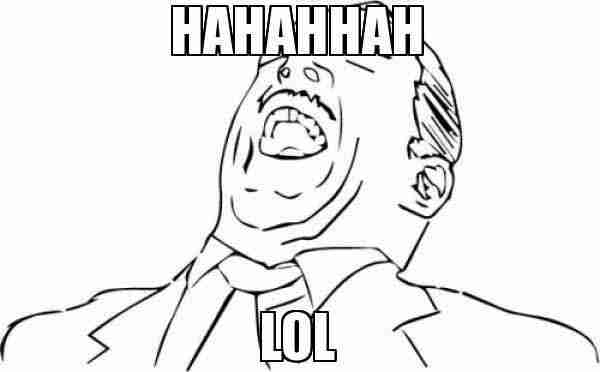 It doesn't take many words this time.

Here's the current situation after two years of endless nonsense to STOP THE SPREAD!!! that has left millions of businesses and billions of lives devastated across the globe.

How do you not put all of that together honestly, setting aside your biases, and not conclude...