THE BOOK: FREE THE ANIMAL, BEYOND THE BLOG (VERSION 2.0)

Get the ideal book to quickly learn and implement The Paleo, Primal, or Ancestral way of life for lean fitness, health, and attractiveness; or, to introduce this lifestyle to your friends, family, co-workers, and colleagues who’ve been asking what you’ve been up to. Now with 30 5-star reviews on Amazon.

I have been a BIG FAN of the writings and work of paleo health blogger Richard Nikoley from the insanely-popular “Free The Animal” blog for several years and consider him a great friend and champion of what healthy living is really all about. His no-holds-barred style is in-your-face and unapologetic as he seeks to help others find the health and weight changes that have eluded them for years. […] With the highly-interactive e-book Free The Animal: Lose Weight & Fat With The Paleo Diet, he is taking the best of everything he has personally learned through this journey and wrapping it up in a convenient package designed to arm virtually anyone who desires weight loss and vastly improved health to make it happen for themselves. There are so many clickable links to a treasure trove of information included in this e-book that you’ll spend months trying to go through them all!

“Dr. BG,” a pharmacologist of the blog Animal Pharm.

Thank you so much for the review copy. Really enjoyed the premise that everyone deserves the opportunity or “God given right” to eat, live, play, etc. (have sex), well. It’s quite a ton of awesomeness. […] I like the conciseness and your frank, transparent reasonableness. Your fervor, passion and intellectuality shine through.

So this book condenses years of his blog into 12 chapters, each with a different theme. With clarity, wit and passion Richard explains his journey, his discoveries in these areas forging a nice consistent body of knowledge, bound by simple principles. […] It exploits the new reality of ebooks – it is full of hyperlinks, to be read like a website. It is a book for “surfing” – it leads you to explore other ideas, to research more and see where these ideas come from.

I enjoyed this book because it’s Richard Nikoley being Richard Nikoley: analytical, humorous, encouraging, provocative and — as you know if you read his Free the Animal blog — occasionally pissed off! […] Weaving together strands of evolutionary logic, findings from research, and personal experiences, Nikoley argues the case the book’s title suggests: the key to lasting weight loss and superior health is to stop following the advice peddled by the anti-fat hysterics and to eat like our paleo ancestors.

And the book draws mention from Erwan Le Corre of MovNat, as well as Dr. Stephen Guyenet, PhD, of Whole Health Source.

See all the reviews at Amazon

Here’s #12 from Nassim Nicholas Taleb, NYT best selling author of Fooled by Randomness and The Black Swan, both of which got me thinking more straight early on, and prefigured my move into Paleo.

A charming primer on the paleo idea, with an illustration through the author’s own life. I read it in one sitting.

Drawing on evolutionary logic, scientific research, and my own personal experiences, I present a complete guide to losing weight and fat the natural way, as well as gaining health and fitness the natural, obvious way by obeying human animal nature.

After many frustrating years of trying to lose weight by adhering to mainstream nutritional guidelines, I made a radical decision to throw the rules out. Instead of eating whole grains and lean meat, I ate what my animal body had always craved: animal fat, and lots of it—and the extra weight started falling away.

In the first of my “Beyond the Blog” books, Free The Animal: How To Lose Weight & Fat On The Paleo Diet, I share my tips for eating, fasting, and exercising as wild humans did for millenia. Find out how to embrace your primal cravings for nutritionally dense animal fats and fiber-rich plant sources. Learn to stop listening to the “experts” and start tuning into your body’s natural signals. My approach to the paleo lifestyle will help you lose fat, gain muscle, sleep better, enjoy better sex and unleash the energy of the animal inside you.

Just a few of the things you’ll learn:

IV. The Standard American Diet And Other Diet Health Disasters

VI. Not All Carbohydrates are Created Equal

X. The Power of Fasting

XVI. About The Blog

Introduction: The Popularity of the “Primitive Diet”

If you’ve been watching or reading the news over the past couple of years, you may have noticed references to bizarre new terms: the Paleo diet, the Caveman diet, and the Evolutionary diet. Perhaps you’ve seen variations on these themes that seem familiar.

What does the popularity of these “primitive” diets mean?

It means a couple of things. The most important thing it means is that something is wrong. You’d think we were in the Golden Age of sound, peer-reviewed medical, diet, and nutrition advice; it’s hard to go a day without seeing some news piece telling us what to eat and how to exercise. But for the past 30–40 years people in the United States have generally become fatter, weaker, and less healthy. They have become less virile as males, less sexually attractive as females.

Pictures of folks from decades past show that they were all pretty lean. Do you imagine they may have been starving? I don’t think so. Instead, might it be possible that the advice we’ve been given over the last four decades—advice couched as “Dietary Guidelines for All Americans”—has been completely wrong?

Have you ever wondered why one guy can “eat like a horse,” stay perfectly lean, and live to age 90, while one girl “eats like a bird,” seems to always be hungry and miserable, and yet carries around 50 pounds of fat that would only be necessary if she were about to go into hibernation like a bear for a few months? You can reverse the gender, because examples abound.

I think women and men should be hot and enjoy that status for as long as possible. Isn’t desiring each other what most fundamentally advances the human species? I think everyone should have the opportunity to jump, climb, run, and play—to be active like the animals we are for as long as nature allows. I think people should be aware of the adverse health effects of eating processed grains and sugars, and equally aware of the fact that there’s a different way to eat that can prevent and even cure the diseases of civilization.

A common objection to my pointing to governmental and institutional dietary guidelines as being behind the obesity epidemic is this: maybe it’s that Americans aren’t actually following the “Dietary Advice for all Americans,” as proclaimed from on high. They’re eating whatever they want, primarily junk food.

My answer is that Americans, in large measure, eat what’s available at their local supermarkets, and that it’s the multinational “food” conglomerates who have generally followed the dietary guidelines, selling their wares through clever marketing. Everything is fortified or “low in fat.” Those guidelines have presented a marvelous profit opportunity for companies that produce cheap, attractive, and tasty products. To access these “food” items humans have only to place them in a shopping cart and later apply some pressure to the glue that seals the flaps of the boxes together.

I’m not a doctor. Not a dietitian. Not a medical or health researcher. I have a degree in business administration, and my first few jobs after college revolved around helping to make ships in the American and French navies run right. Later, in 1992, I became an entrepreneur. I failed, failed again, and eventually got a few things right and built a great company. Unfortunately, that was when nature started taking hold of me in adverse ways, in terms of body composition and health.

At some point in the mid 2000s, I found myself fat, generally disgusting, and unhealthy on many levels.

And then I fixed it. I blogged about my journey on Free the Animal (freetheanimal.com), eventually building a following that amounts to over 100,000 visits and over 200,000 page views per month. I have acquired many readers and correspondents who are medical doctors, researchers and other professional health practitioners. I’ve been interviewed for magazine articles, radio shows and various podcasts. I’ve been invited to speak at a few conferences.

What I have to say is working, people. It has worked for me and it has worked for thousands who comment on my blog regularly, providing their own unsolicited testimonials. I have a story to tell and a few words of advice, if you want to take them in. 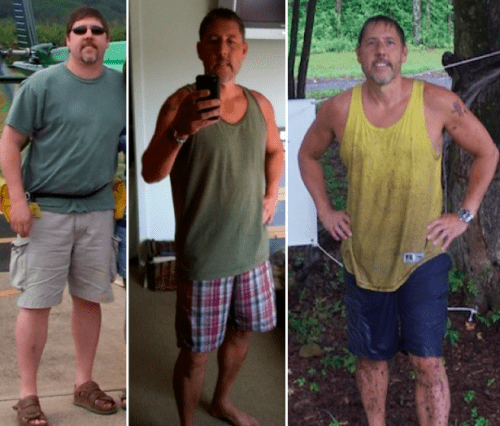 I'm Richard Nikoley. Free The Animal began in 2003 and as of 2022, contains over 5,000 posts. I blog what I wish...from health, diet, and food to travel and lifestyle; to politics, social antagonism, expat-living location and time independent—while you sleep—income. I celebrate the audacity and hubris to live by your own exclusive authority and take your own chances. Read More