Synchronicity: How Progressives, Conservatives, and Libertarians Get Along
Fix The Gut To Fix Immune Problems And Inflammation 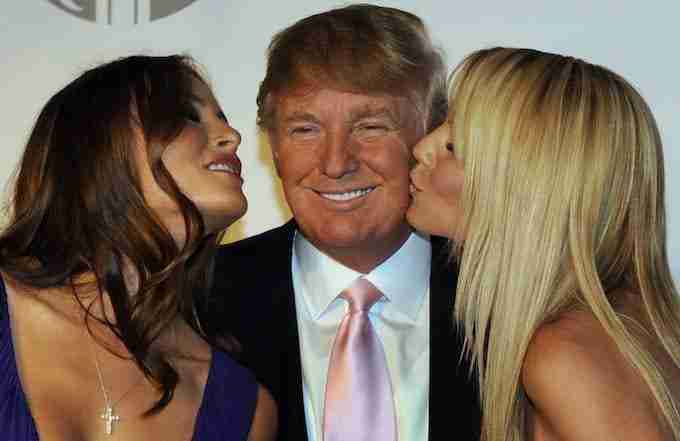 Why females select the males they select and open their gates is an interesting study or contemplation.

This is not a formal Propertarian post. The distinction being that, in formal posts, I’m dutifully taking up my responsibility to select Propertarian curriculum in relevant and contextual chunks and translate it to wider audiences. But, because Propertarianism is science applied to philosophy, there are many tangential areas where it’s not solely about our property and how we all fight to defend and keep it.

I’m riffing off of a video, you can see it here. It’s about 30 minutes. The first half is what I’m going “meh” on, here, but the second half is pretty brilliant.

…It’s noted that our nearest primate ancestors, chimps, have female sexual selection where the alpha male accounts for nearly half of the offspring in the tribe, the other half being spread amongst his executive officer and various lieutenants—and almost half of other males bear no offspring at all.

I constantly see this notion peddled about as though it has any important application to humans and that we can learn or know anything from it. We already know that being a very accomplished male who stands above other males can command the best pussy. That’s a priori. The problem arises when that observation is stretched to somehow claim or suggest that the lowest ranking human males in terms of looks (let’s say: short, fat, bald, and ugly) can just never get laid outside prostitution, never have a family, or produce any offspring. It’s empirically false.

It’s falsified. Essentially, the old adage holds true: there is someone for everyone. Why else would we have hoards of average low IQ and poor “refugees” flooding the West from all directions?

Moreover, if it were the case that short, fat, bald, ugly and poor dudes can’t reproduce, then why have they not been weeded out of the gene pool? If the top human specimens select so eugenically and wisely, then why does anything but pristine persist? Look at birds. Ever seen an ugly bird? they’re all fucking beautiful because that’s probably where hyper eugenics works the best and is the easiest and most obvious to observe. They can fly. Eugenics rules.

Humans are in a completely different highly evolved game. It’s beyond the scope of this post to get into the genetic details, but chimps pretty much look like chimps. They all pretty much look the same, only slight differences. Humans have off-the-scale vast differences by comparison. What is it that makes the female chimps of a tribe mostly select a single male when physical differences are so slight?

So we end up with this notion of human alpha male that’s supposed to somehow reflect the chimp in the jungle and I just think it’s laughably nonsensical and utterly falsified empirically. For one, we also know already that the Adonis element is only part of the picture for human females. There’s also the Wallet element. It’s derisively thought of as gold diggers but it’s far more nuanced and normal. It’s just general hypergamy, where females naturally want to and feel as though they are marrying up.

There are many other elements. I’ll do a stream of consciousness.

I really could go on and on unpacking how human females have a bunch of selection criteria for who is going to bear her children, raise, love and protect them. I’m going to quote Curt Doolittle here, a bit of style editing.

“…all women are different…”

A distinction without a difference. It is almost as impossible to have a scientific conversation with women about philosophy, economics, politics, and war as it is for a man to have a conversation about relationships, carrying a baby, nursing and how ‘beautiful and special’ her lower 80% munchkin is.

Seriously. Even the fact that one would say such a thing is evidence—because that statement is an instance of NAXALT (Not all X are like that). It means you’re empirically blind: that there is no normal distribution and in particular that the vast majority are indifferent.

The best relationship for a man to have with a woman is where you listen to her, fulfill her wants and needs, try to help her be all she can be, listen to her insights into people she has spoken to, cherish each other and the time together, but never take her opinions beyond those wants, needs, relationships, and your relationship more seriously than you do the impulsive fascinations of your golden retriever has with disgusting smells.

Just as all but a minority of men are empathically blind, all but a minority of women are morally blind. They have to be. Or they would never bear and raise children—80% of which are of necessity in the bottom 80%. Female puberty produces marginal insanity for good reason. You’d have to be insane to care for babies, toddlers, and dependent children. Female marginal insanity is an evolutionary adaptation necessary for our survival.

The fact that this was common knowledge in all cultures until the Victorians tried to corral the newly liberated lower classes, advertisers found women spent 70% of world income, and feminists tried to take power from white men, is merely a blip in the stream of history.

I love women but I know I am blind to the things women are not, just as I know women are blind deaf and dumb to anything they cannot feel.

And I hate that I even have to write about such things, because it’s the lies that these things are not both true and obvious that cause the difficulties in our relationships.

(A simple experiment: Watch the View for a week and observe how women can make excuses to justify anything that will bring about consensus no matter how false, impossible, or outright stupid. It doesn’t matter the topic. Just watch the absurd excuses they will make to generate consensus on a status quo. )

…One of the best and loveliest experiences with a woman you adore is to develop the ability to make her laugh (since, by her irrational behavior, she makes you laugh all the time). It’s possibly the most transcendent of all, in terms of the selection “mismatches” I’ve been talking about. You’ve all heard it, when curious about why she is with him, and she says, “he makes me laugh.”

It’s my favorite. I suspect it’s the most powerful in terms of a human male’s ability to snag way above what his body composition would otherwise deal him and in circumstances, can even trump Adonis and Wallet. What female doesn’t want a live-in comedian who has actually learned what she finds funny?

I know guys who can make chicks laugh. Even strangers, and like a group of them and naturally, they start competing for his attention.

I’m not so good at it unless I know them and have an intimate relationship. Now and then….precise amount of alcohol, perfect mix of chicks, I’ve have had my moments. Making women laugh is just a joy.

But you have to learn how to make your woman laugh. Making your love laugh is an opportunity to reset their “silly brains.” They have silly brains because they have to, as Curt said, above. You have to be a bit insane to take on what they take on as mothers—raisers and guardians of boys, girls, men, and women.

I learned early on how to make my wife laugh. There are lots of ways, but I’ll tell you my two go-to ways.

The first, ironically, is to pretend I’m very funny. I’ll come up with some stupid joke I know she won’t think is funny, but I act serious about how funny it is and how funny I am in telling it, and that’s what’s funny to her. Get’s her every time. “Oh, you think you’re funny?”

The second is easier and more fun. She’s Hispanic and loves salsa music and I have a large library including Cuban (thanks for the steer, Michael Savage). So, I do this white guy, Steve Martin and Ellen-esque (Seinfeld) dance schtick and have crafted over years how to make it look as though I’m totally serious and grooving to the music.

It cracks her the fuck up. She’s so used to it I’ll do it on dance floors at parties and such.

No matter how you hooked up or what the relative sexual market value was, the best strategy for a long lasting relationship is to quickly find out what makes your mate and love laugh, and make them laugh often. It may just be the most profound sexual choice criteria that tumps chimps and all else.

See the Propertarianism Table of Contents for links and info about this whole project. You can also support  Curt Doolittle and the  Propertarian Institute easily on Patreon.

END_OF_DOCUMENT_TOKEN_TO_BE_REPLACED

In my last post I briefly laid out some costs for my first excursion to Thailand commencing January 14, 2020. Now I'll add some precision, such ...